No evidence of Russian interference in Brexit vote, says UK

Russia has repeatedly denied meddling in the West, casting the US and Britain as gripped by anti-Russian hysteria 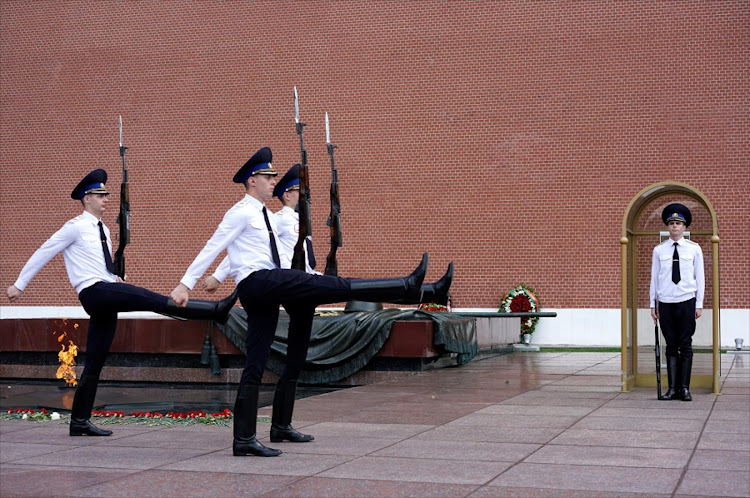 Guards at the Kremlin in Moscow, Russia. Picture: REUTERS/MAXIM ZMEYEV

London — There is no evidence of Russian meddling in the 2016 Brexit referendum and Britain’s spies did not take their eyes off the ball on Russia, British transport secretary Grant Shapps said on Wednesday.

The British parliament’s intelligence and security committee said in a report published on Tuesday that Russia had interfered in the 2014 Scottish independence referendum but it had not seen hard evidence of Russian meddling in the Brexit vote.

While the lawmakers noted allegations of meddling in Brexit, and some studies pointed to Russian attempts to influence the campaign, they said the British government and intelligence agencies had not sought out evidence of Russian interference.

“There needs to be some evidence that there’s an issue there — which there isn’t,” Shapps told Sky when asked if there should be a further investigation of possible Russian meddling in the EU referendum. “I don’t think it’s the case that the intelligence services took their eye off the ball.”

The victory of opponents of EU membership in the 2016 referendum result sent shockwaves across the world as it signaled that one of the pillars of the West would split from the post-World War Two attempts at European integration.

Russia has repeatedly denied meddling in the West, casting the US and Britain as gripped by anti-Russian hysteria. The British government has repeatedly said there is no evidence of successful Russian interference in Brexit.

The Russia report by parliament’s intelligence committee called for British spies to produce an assessment of Russian interference in the EU referendum. The report casts Russia as a hostile power which poses a significant threat to Britain and the West across a range of fronts, from espionage and cyber-security to election meddling and laundering dirty money.

“The UK welcomed Russian money, and few questions — if any — were asked about the provenance of this considerable wealth,” the report said. “The UK has been viewed as a particularly favourable destination for Russian oligarchs and their money.”

“It offered ideal mechanisms by which illicit finance could be recycled through what has been referred to as the London ‘laundromat’,” the report said.

Asked about dirty Russian money, Shapps said: “This is not the place to come and launder money.”

The report says the UK is a particularly favourable destination for Russian oligarchs and their money, with London called a ‘laundromat’
World
9 months ago

As in 1989, all the factors are lined up for a huge political moment