Vaccine experts warn that the first injection to be approved might not be the most effective or efficient, and history shows two doses is a more likely scenario 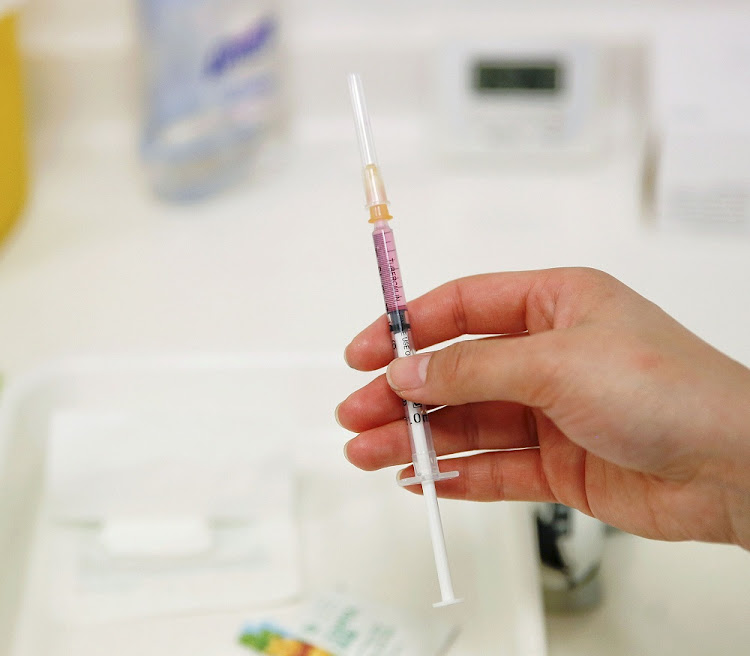 London/New York — When it comes to protecting the world from the coronavirus, two doses of a vaccine may be better than one. But doubling the number of jabs each person needs could complicate efforts to immunise billions of people.

The latest results from front-runners in the sprint to come up with a vaccine, including the University of Oxford-AstraZeneca partnership and Moderna, highlight that prospect. Both efforts are conducting final-stage testing with two doses.

Producing vaccines and deploying them to the world’s population in the midst of a pandemic would be a huge challenge even if researchers are able to deliver one-dose inoculations. A need for two would make manufacturing and logistics even more complex.

Those challenges would get even tougher if — as some experts think is possible — a vaccine’s efficacy wanes over time and repeat doses are needed, potentially every year.

“A one-shot vaccine would be ideal, but the first vaccines are highly unlikely to meet this very high threshold,” said Michael Kinch, a vaccine specialist and associate vice-chancellor at Washington University in St Louis. “As we hopefully move from whether there will be a vaccine to how to apply this, logistics are going to become the absolute most important topic.”

AstraZeneca had gained 21% in 2020 to the end of Friday in London, then rose 10% at one point on Monday as investors looked for breakthrough results from its phase 1 study. The shares faded, finishing the day with a 1.5% gain after Oxford researchers said that further studies would prioritise a two-dose regimen. The US-traded shares fell 4% in New York.

In China, the two-shot approach is also looking increasingly likely. One front-runner vaccine developed by Tianjin-based CanSino Biologics and the Chinese military does not seem to elicit a strong response in people with pre-existing immunity to the adenovirus used as the vector, and researchers are exploring a booster shot three to six months later to shore up the immune response.

Early study of more than 1,000 participants receiving the Oxford vaccine achieved the strongest immune response in 10 who received two doses, according to research published Monday in The Lancet medical journal, indicating that it might be the surest approach. The university’s researchers noted that some recipients may get protection from just one dose, and that ultimately the data may show that the majority of people are protected by a single shot.

“We are actually really pleased we get a stronger immune response with two doses than we can with one,” Sarah Gilbert, a vaccinologist who leads the work at Oxford, said in a briefing. “We don’t know what we’re aiming at. We don’t know how strong the immune response needs to be to protect people.”

AstraZeneca officials also highlighted the logic of a two-dose strategy. The company is exploring other regimens, but the first readout of its final-stage tests will almost definitely be from two doses, Mene Pangalos, Astra’s head of biopharma research, told reporters.

The company has committed to delivering the first of 30-million doses to the UK by September and 100-million by the end of 2020.

“I think we want to right now maximise our chance of getting an efficacious readout,” Pangalos said. “The last thing we want is to miss because we haven’t dosed enough, so the safest approach and making sure we hit efficacy is doing two high doses.”

But a two-shot vaccine will not be easy to distribute widely, and is likely to disadvantage developing nations even more.

“Years of experience in disease eradication in resource-limited countries show you may only get a single chance to vaccinate a large population,” said William Haseltine, a former Harvard Medical School researcher who chairs nonprofit Access Health International.

“Many people may not be available for economic or other reasons for a second chance. Therefore it’s a great advantage to have a cold chain-insensitive, cold chain-independent single-shot vaccine.”

Yet not all vaccine developers are leaning that way. From the outset of its search for viable coronavirus vaccine candidates, US drug giant Merck made a point of only pursuing one-dose shots. Those can more easily and seamlessly be deployed across the world in a global vaccination campaign, CEO Kenneth Frazier told Bloomberg in May.

It is “extremely important,” he said then, that “these have to be vaccines we have reasonable confidence could be effective with just a single dose.”

Merck’s Covid-19 vaccine has yet to enter human trials.

Even a perfect inoculation could take weeks to raise immunity to protective levels. That presents the risk that people might return to normal life after just one dose, while the immune system is still processing the vaccine, Washington University’s Kinch said. In that time, they might become infected and potentially pass the virus on to others.

“This will be a particular problem if two shots are needed,” Kinch said.

Vaccine experts have warned that the first shots to gain approval against Covid-19 might not be the most effective or efficient. In fact, history shows two doses is a more likely scenario. Almost all standard vaccines are multiple-shot regimens, according to Tony Moody, an immunologist at the Duke Human Vaccine Institute.

“We would like to do better, and we are all working to get to those better vaccines,” Moody said, “but having something effective soon is the top priority.”

The UK says it has secured access to three different vaccine candidates, and is setting up a programme seeking 500,000 clinical trial volunteers
World
1 year ago

Mkhize appeals to SA not to let guard down as Covid-19 deaths top 5,000