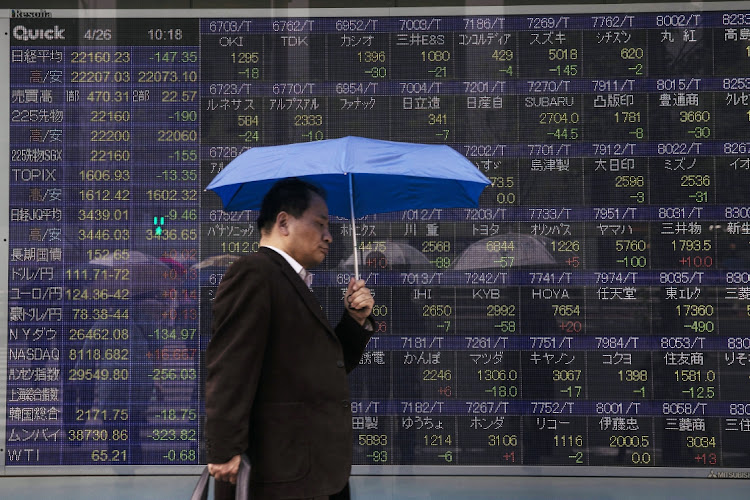 London  —  Ratings agency S&P Global cut its emerging market forecasts on Monday, predicting a 4.7% slump on average in 2020 due to the coronavirus, and warned that all countries would be left with permanent scars.

The firm said the downward GDP revisions mostly reflected the fact that the pandemic was worsening in many emerging markets and set to cause a larger hit to foreign trade than foreseen in April, when S&P predicted a 1.8% contraction.

"We project the average EM GDP (excluding China) to decline by 4.7% this year and to grow 5.9% in 2021. Risks remain mostly on the downside and tied to pandemic developments," S&P said in a report.

All emerging economies would suffer lasting contractions from the pandemic. It said the gap relative to the pre-coronavirus GDP path could be as large as 11% of output in India, 6%-7% in most of Latin America and SA, 3%-4% in most of Emerging Europe, and 2% in Malaysia and Indonesia.

Out of a total of nearly 1,800 negative ratings actions — either downgrades or rating “outlook” cuts — taken by S&P between January and June, 420 were in emerging markets.

Latin America's forecasts saw the biggest cut. The region is now expected to suffer a 7.4% GDP slump in 2020, including a 7% drop in its largest economy, Brazil. The region has seen nearly 70% of its credit ratings hit by the virus, and is also expected to produce one of the weakest recoveries next year.

In Asia, India's economy is seen contracting 5% this fiscal year, starting April 1, due to difficulties in containing the virus, an anaemic policy response and underlying vulnerabilities, especially across the financial sector.

China, in contrast, is still expected to grow a modest 1.2% this year and a robust 7% next, helped by strong stimulus spending, resilience in electronics manufacturing, and a gradual recovery in service industries.

Value of capital projects collapses, and the outlook is ‘bleak’

Without policy reform, the outlook for fixed investment remains gloomy and will weigh on growth, say economists
Economy
8 months ago

The ratings agency, which has SA one level below investment grade with a negative outlook, does not anticipate an upgrade in the near future
Economy
9 months ago