​Even with rescue efforts, the world is still suffering its worst economic crisis since the Great Depression 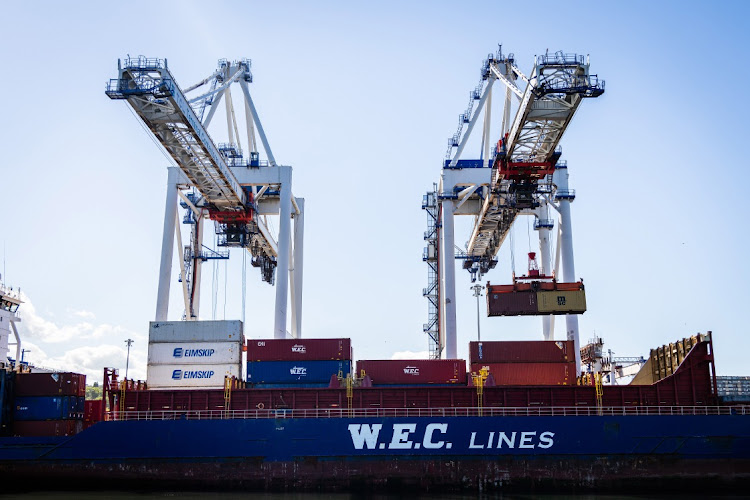 The world economy is entering the second half of 2020 still weighed down by the coronavirus pandemic with a full recovery now ruled out for 2020 and even a 2021 comeback dependent on a lot going right.

It’s a scenario few if any predicted at the start of the year when most economists were banking on another year of expansion and a US and China trade agreement was meant to give corporate and investor confidence a shot in the arm.

Instead, the rare pandemic forced swathes of the global population into what the IMF dubs “The Great Lockdown”. Central banks and governments responded with trillions of dollars in unprecedented support to prevent markets from melting down and to keep furloughed workers and struggling companies afloat until the virus passed.​

​Even with those rescue efforts, the world is still suffering its worst economic crisis since the Great Depression. Though some gauges of manufacturing and retail sales in big economies are showing improvement, hopes for a V-shaped rebound have been shattered as the reopening of businesses looks shaky at best and job losses risk turning from temporary to permanent.

It’s an economic trajectory Federal Reserve Bank of Richmond president Thomas Barkin has likened to riding the elevator down, but needing to take the stairs back up.

“There is a real danger of confusing rebound with recovery,” Carmen Reinhart, the World Bank’s chief economist, said at the Bloomberg Invest Global conference recently. “True recovery means you are at least as well off as you were before the crisis started and I think we are a long way off that.”

Much depends on the spread of the coronavirus, a vaccine for which remains out of grasp. The World Health Organisation warns the worst of the pandemic is still to come as cases top 10-million and deaths have risen beyond 500,000. And even in countries where the virus appeared contained, fresh flare-ups are frequent.

The IMF estimates that by the end of 2020 170 countries — or almost 90% of the world — will have lower per capita income. That’s a reversal from January, when it predicted 160 countries would end the year with bigger economies and positive per capita income growth.

It’s now likely that global GDP by the end of 2021 will in many cases still be lower than where it was at the end of 2019, according to HSBC Holdings economists led by Janet Henry. Bloomberg Economics describes it as “Goodbye Victory V, Hello Worry W”.

Central bankers remain on the alert to do more. Federal Reserve chair Jerome Powell has warned the outlook is “extraordinarily uncertain” and European Central Bank president Christine Lagarde has spoken of a “restrained” recovery that will change parts of the economy permanently.

To be sure, there are pockets of recovery that could gain traction. Morgan Stanley economists are sticking to forecasts of a V-shaped recovery, pointing to positive surprises in recent economic data, especially in the US and euro region.

Global markets are split between investors betting on a V-shape recovery, and those expecting significant dislocations. The MSCI All-Country World Index of global stocks has gained nearly 40% from a March low, but is still down about 6% in 2020, as investors bet policy stimulus around the world will cushion the economic impact from the pandemic. US 10-year treasury yields have tumbled by more than 100 basis points in 2020 to about 0.67%.

Lessons on how the recovery plays out are being drawn from Asia where the virus has been brought under control but the rebound has been mixed.

In South Korea, which flattened its infection curve months ago, the emergence of new virus clusters is casting a chill on shoppers.

China’s manufacturing activity climbed in June, as did other manufacturing gauges across the region, yet new orders continue to show weakness.

That worrisome outlook means businesses are navigating in the dark, according to Joerg Wuttke, president of the EU Chamber of Commerce in China, who expects the uncertainty to last for another couple of years.

“The recovery is not V, it is not W, it is looking like the top of a chainsaw,” he said. “Up and down and up and down and painful all the way.”

It also means fast-expanding emerging economies won’t be the global growth engine they have been, with the World Bank predicting this group of countries will shrink 2.5% — their worst performance in data that starts in 1960. Latin America is now on the front lines of the virus.

A complete rebound to pre-crisis levels looks impossible until the virus is controlled — an outlook that’s especially true for sectors such as tourism, transport and entertainment where restrictions are expected to linger.

The hit to labour markets has been worse than initially estimated and will be impossible to repair in the second half of 2020 even under the most optimistic scenario, according to the International Labour Organisation. It last week estimated that working hours in the second quarter were 14% lower than before the virus, equivalent to a loss of 400-million full-time positions.

Though US companies added 4.8-million people to payrolls in June, only three in 10 jobs lost have been recovered and initial applications for unemployment benefits remain elevated. More than 2.8-million Americans lost their jobs for good in June.

“While a near-term mechanical bounce in economic activity in response to the easing of lockdown measures looks likely, we expect the subsequent climb to be long and arduous,” said Joachim Fels, global economic adviser at Pacific Investment Management.

There are other challenges too.

Record levels of debt will restrain how much additional support governments can roll out — on top of the $11-trillion fiscal stimulus already in train.

Governments are grappling with how to extend or terminate costly near-term measures to fund wages and keep companies alive, while at the same time gearing up for longer-term stimulus to drive a recovery.

That borrowing won’t come without side effects, such as keeping zombie companies going, according to Alicia Garcia Herrero, chief Asia Pacific economist with Natixis.

“If there is no cleanup of debt, going back to pre-crisis levels will take even longer,” said Garcia Herrero.

Meantime, central banks have slashed interest rates to new lows, with some embracing negative borrowing costs. In a bid to cap market rates, multiple types of assets have been bought and policymakers continue to tweak their tool kit with hints of more innovation to come.

Morgan Stanley predicts $13-trillion in cumulative central bank balance-sheet expansion from the US, euro region, Japan and UK through the end of 2021.

Even with those steps, it’s too soon to conclude they will be enough, said Kazuo Momma, who used to be in charge of monetary policy at the Bank of Japan.

“The crisis is far from over,” he said.

Relationships will change and become more complex but underlying drivers of trade are expected to remain, says Citi
Companies
10 months ago

Trade limits remain in place across the globe, WTO says

However, the WTO report found evidence of steps towards more open trade policies across sectors, including goods, services and intellectual property
World
10 months ago

Global lessons for supply chains from the Great Lockdown

China, the EU and the US are responsible for 63% of world supply-chain imports, and 64% of supply-chain exports; this should change, writes Dorothy ...
Opinion
10 months ago
Next Article

POLITICAL WEEK AHEAD: Eyes will be on Joburg’s failure to adopt its budget

POLITICAL WEEK AHEAD: Eyes will be on Joburg’s failure to adopt its budget