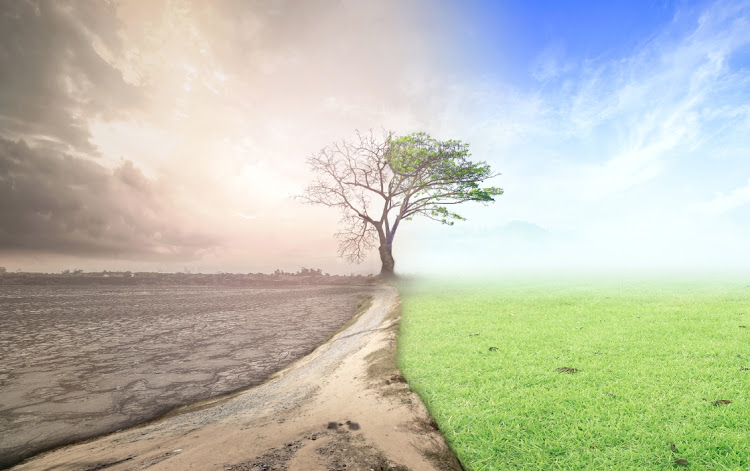 Sydney — Sustainable finance is having a reasonably good pandemic. Environmental themed funds have had fewer outflows, and companies with better environmental, social, and governance (ESG) ratings have tended to fare more lucratively than their peers.

It makes sense on an intuitive level. The pandemic reminds us of the fragility and importance of the physical world, and also of the threat of sudden, non-linear risks. This has dramatically accelerated the emergence of a hot new finance trend: assessing how potential climate-change outcomes, such as rising sea levels or heatwaves, might affect the performance of an investment.

“Physical risk” or “climate-impact risk” used to be a niche concern, mostly consisting of bespoke analysis for companies’ big investments in massive infrastructure. (This category includes, ironically, oil companies.) That’s changed quickly. Scientists have spent decades refining models of the Earth’s climate, and financial institutions — increasingly conscious that the effects of climate change are already costing them money — want to use sophisticated tools to get an edge on understanding their level of exposure in the years to come.

There’s now an array of companies offering portfolio-wide assessments of physical climate risks, ranging from specialist start-ups to mid-sized sustainability consultancies to shops within the big global advisory firms. The idea has become so popular, it’s now tough to find a consultancy in the financial services sector that isn’t offering some kind of physical-risk analysis. Some investment managers, such as BlackRock, are even developing their own capabilities inhouse as a service for clients.

That said, there’s a steep learning curve with assessing physical climate risk. In the past two years there have been about a dozen guides published by investor networks, consultancies, and research institutions that aim to walk financial institutions through the process. The most recent is from the London-based Institutional Investors Group on Climate Change (IIGCC), published in late May. It advises, for example, that investors not rely on disclosures of physical risks from an investee itself, as most of the reports published by companies don’t contain “decision-useful information” for investors.

In other words, those sophisticated climate risk maps now starting to appear in company reports are pretty worthless.

The data from climate models is hard to access, let alone interpret and apply in a context such as finance

Exploring the risks yourself may be the best option, and like many similar guides, IIGCC’s lays out a detailed process. This includes figuring out which climate-related hazards you’re analysing — wildfires? flooding? extreme heat? — and how far into the future you’re looking — a few years? several decades? — and where the physical assets and supply chains you’re interested in are located.

You need to identify what you’re concerned about: A threshold temperature beyond which facilities — or people — might be unable to function properly? The level of storm surge that could ruin a municipality’s sewerage system?

The next step is to actually overlay the data about expected climate change. This is where it gets into really niche expertise.

The data from climate models is hard to access, let alone interpret and apply in a context such as finance. This is where those consultants could help — but that, too, raises a whole new set of pitfalls. The IIGCC report cautions against consultants who use “black box” approaches, in which the method for generating an estimate is opaque or proprietary.

Without deep knowledge of the models, how do you believe a colleague, consultant, or an investment manager telling you that a swathe of real estate will be fine (or doomed) in 20 years?

The IIGCC also recommends taking care to understand the limitations of the work being done. One such limitation is “down-scaling,” or the practice of breaking down the large, gridded squares of climate models into smaller, seemingly more precise chunks. Scientists who work with climate models warn that apparent granularity can be worse than illusory and give an even less accurate view of what’s at stake.

The simple answer to all of this is: standards. Rely on scientists, set out what can and can’t be done and develop a clear, shared terminology that makes sense to non-specialists. As with most things about climate change, though, it’s not at all easy.

Almost two years ago I was involved in kicking off a process to do exactly this in Australia. Only now, after much hard work from numerous experts and practitioners, is that nearing the point of delivering actual recommendations.

One other important thing to remember: these are just the teething pains of an emerging industry in which both buyers and sellers are motivated to find a solution. An infinitely thornier question is what will be done with this information. Selling to a greater fool is one option; investing in “resilience” to protect an at-risk asset is another.

KMPG published a case study last month pointing out that a 4°C average annual temperature increase could mean days as hot as 60°C in some places.

The authors raise good points about heat extremes, and also about unforeseen second-order effects. The resulting lack of travel, for instance, might harm the revenues for a toll road operator. But it’s hard to imagine who, in such a scenario, would be lucky enough to be primarily concerned about revenues.

Investors must wake up to new climate game

Conviction, action and self-education are key amid concerns over global warming
Opinion
11 months ago

The government should consider renewable energy in its post-pandemic stimulus package, says the group
National
11 months ago
Next Article