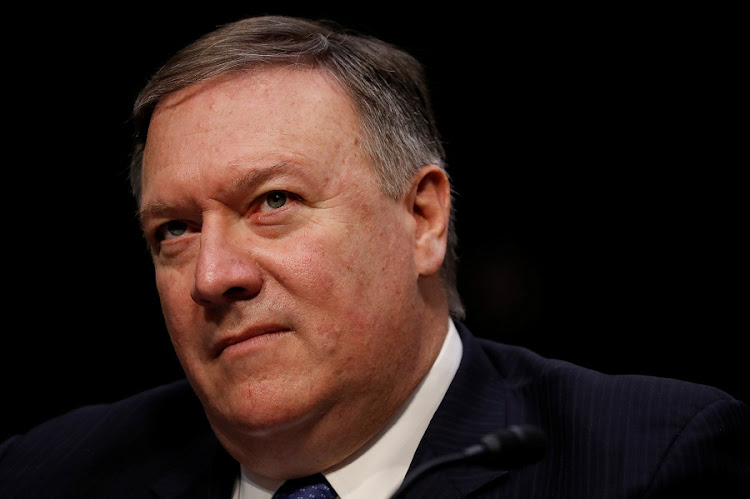 In a statement on Tuesday, Pompeo accused the London-based banking giant of assisting the Chinese Communist Party’s (CCP) “coercive bully tactics” against the UK. The criticism by the top US diplomat comes after one of the largest shareholders in HSBC and Standard Chartered expressed discomfort with the banks’ decision to support the legislation without knowing its provisions and how they will be used.

“The CCP’s browbeating of HSBC, in particular, should serve as a cautionary tale,” Pompeo said. “That show of fealty seems to have earned HSBC little respect in Beijing, which continues to use the bank’s business in China as political leverage against London.”

HSBC’s US clearing licence is vital to its global operations, and it’s one of the largest international banks operating in America. The lender recently hired James Forese, until recently a senior executive at Citigroup to its board as it looks to revamp its global business including its underperforming US unit.

HSBC and Standard Chartered are both headquartered in London, but make most of their profits in Asia

HSBC and Standard Chartered have also been facing investor disquiet over their stance. On Tuesday, Aviva Investors became the first shareholder to come out publicly and criticise the banks. The investor in both firms said it was “uneasy” about their decision to back the law. Aviva Investors is among the largest shareholders in both banks and its combined stake with its combined stake worth about $1bn.

Pensions & Investment Research Consultants (PIRC), Europe’s largest independent corporate governance and shareholder advisory firm, questioned whether all board members of both banks were fully behind the decision to support China’s proposed legal changes in Hong Kong.

However, PIRC singled out HSBC. “On occasions when HSBC hasn’t liked something in the UK, such as ring fencing of banks to prevent the British taxpayer guaranteeing global operations of banks, or more recently the Bank of England asking it not to pay a dividend, it has threatened to relocate to Hong Kong,” said Tim Bush, a spokesperson for PIRC, in a statement sent to Bloomberg News. “In the situation where there are serious problems in Hong Kong, it seems to behave differently.”

The Chinese ministry of foreign affairs in Beijing didn’t immediately respond to a request for comment. A Hong Kong-based spokesperson for HSBC declined to comment. Representatives of Ping An Insurance Group and Vanguard Group, two major HSBC investors, also declined to comment.

The statement shows how difficult it’s getting for companies to manage political risks amid the increasingly contentious relationship between the world’s two largest economies. HSBC and Standard Chartered are both headquartered in London, but make most of their profits in Asia. Hong Kong accounted for more than $12bn of HSBC’s pre-tax profits last year.

Chinese President Xi Jinping’s government has become increasingly assertive in efforts to force foreign nations, companies and individuals to support its sovereignty over places such as Hong Kong and Taiwan. Last year, the CEO of Cathay Pacific Airways resigned after China rebuked the Hong Kong-based carrier for its staff’s participation in a historic wave of pro-democracy protests.

Last month, China’s parliament announced and quickly approved a resolution that would impose legislation on Hong Kong criminalising the harshest criticism against the government. Several of the city’s richest tycoons and their representatives have endorsed the move, even though pro-democracy advocates and a number of US and UK officials have expressed concern that it would jeopardise the “high degree of autonomy” promised to Hong Kong before its return to Chinese rule in 1997.

The banks’ stance on China’s plans has already attracted political criticism in the UK Jacob Rees-Mogg, the governing Conservatives’ house leader, told lawmakers last week that HSBC may be more closely “aligned with the Chinese government than Her Majesty’s government”. Senior politicians from the opposition Labour Party said the banks’ positions were “completely at odds with the values framework in which financial institutions should be operating”.

Pompeo’s “kowtow” reference is loaded with historical significance as China’s demands that British envoys prostrate themselves before the emperor were an early source of tension that helped precipitate trade-and-military clashes between the two powers in the 19th century. The UK took possession of Hong Kong in the Opium Wars, making it a base for British companies such as HSBC, and beginning what China views as its “century of humiliation”.

Trump to withdraw US from Open Skies surveillance treaty