Vaccine developers face poser in countries where pandemic is waning 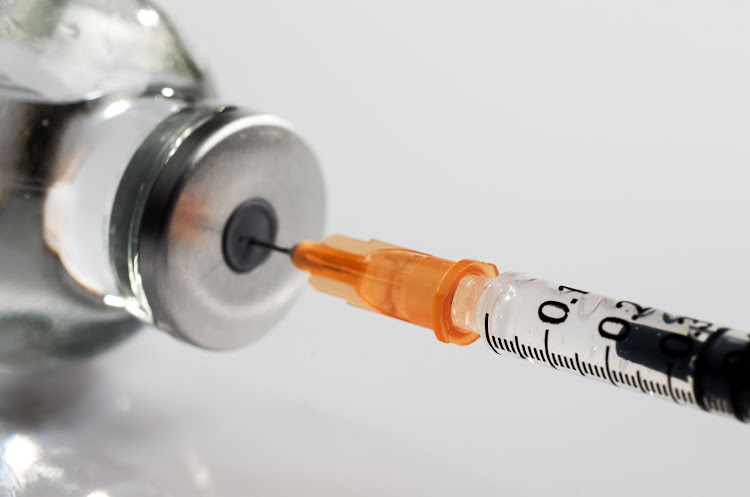 London/Chicago — The first wave of the Covid-19 pandemic may be waning. For vaccine developers, that could be a problem.

Scientists in Europe and the US say the relative success of draconian lockdown and social distancing policies in some areas and countries means virus transmission rates may be at such low levels that there is not enough disease circulating to truly test potential vaccines.

They may need to look further afield, to pandemic hotspots in Africa and Latin America, to get convincing results.

“Ironically, if we’re really successful using public health measures to stamp out the hot spots of viral infection, it will be harder to test the vaccine,” said Francis Collins, director of the National Institutes of Health in the US.

A vaccine is seen as essential to ending a pandemic that has killed nearly 370,000 people and infected more than 6-million so far, with world leaders looking at inoculation as the only real way to restart their stalled economies.

But running large-scale clinical trials of potential vaccines against a completely new disease at speed is complex, scientists say. Showing efficacy in those trials during a fluctuating pandemic adds extra difficulty — and doing so when outbreaks are waning makes it harder still.

“For this to work, people need to have a risk of infection in the community. If the virus has been temporarily cleared out, then the exercise is futile,” said Ayfer Ali, an expert in drug repurposing at Britain’s Warwick Business School.

“The solution is to move to areas where the infection is being spread widely in the community — that would be countries like Brazil and Mexico at the moment.”

All participants go back into the community where the disease is circulating, and subsequent rates of infection are compared. The hope is that infections within the control group will be higher, showing the trial vaccine is protecting the other group.

With Covid-19 epidemics in Britain, mainland Europe and the US coming down from their peak and transmission rates of the coronavirus dropping, a key task for scientists is to chase fluctuating outbreaks and seek volunteers in sections of populations or in countries where the disease is still rife.

A similar problem emerged when scientists were seeking to test potential new vaccines against Ebola during the vast 2014 outbreak in West Africa. Then, drugmakers were forced to drastically scale back plans for large trials because their vaccines were only test-ready late in the epidemic when case numbers were dwindling.

Among the first Covid-19 vaccines to move into phase two, or mid-stage, trials is one from the US biotech company Moderna and another being developed by scientists at Oxford University supported by AstraZeneca. The US is planning to launch vast efficacy trials of 20,000 to 30,000 volunteers per vaccine in July.

Collins said US health officials will tap government and industry clinical trial networks in the US first and use mapping to detect where the virus is most active. They will also consider looking abroad if domestic disease rates fall too far, he said.

The US government has experience in Africa of testing vaccines against HIV, malaria and tuberculosis.

“Africa is now beginning to experience lots of cases of Covid-19. We might very well want to run part of the trial there, where we know we can collect the data effectively,” said Collins.

Adrian Hill, director of the Jenner Institute at Britain’s Oxford University, which has teamed up with AstraZeneca, started mid-stage trials last month that he said would aim to recruit about 10,000 people in Britain.

He told Reuters that with Covid-19 disease transmission rates dropping in the UK there is a possibility that the trial would have to be halted if they didn’t have enough infections to yield a result.

“That would be disappointing, and at the moment it’s unlikely, but it’s certainly a possibility,” Hill said.

Underscoring the level of concern in the industry, AstraZeneca’s CEO, Pascal Soriot, said his researchers were even contemplating running so-called “challenge” trials — where participants would be given the experimental vaccine and then deliberately infected with Covid-19 to see if it worked. Such trials are rare, high risk and hard to get ethical approval for.

As a more practical and swifter option, Soriot and others are looking to Brazil and other countries in South America, as well as parts of Africa where Covid-19 outbreaks are still growing and peaking, as ripe drug and vaccine testing grounds.

Difficulty recruiting candidates for mid-stage vaccine trials in countries where the Covid-19 pandemic is on the wane may be foreshadowed by the experience of doctors seeking infected cases for the World Health Organisation’s multi-country Solidarity trial of potential treatments for the disease — including the generic drug hydroxychloroquine and Gilead’s remdesivir.

In the Swiss portion of that trial, for instance, it took three weeks to get all of the ethical and regulatory approvals from authorities, and another week to get all the drugs, said Oriol Manuel, an infectious disease expert and national coordinator of the Solidarity study in Switzerland.

“We were able to enrol some patients in [one trial centre in] Lausanne,” Manuel said. “But when all centres were ready, the cases were fortunately disappearing.”

Adjuvants create stronger and longer-lasting immunity from vaccines, as at least 10 coronavirus trials move to human testing
World
1 year ago

The Themis vaccine is based on a modified measles virus, and Merck is also developing an experimental drug for Covid-19 treatment
Companies
1 year ago

The move to human trials has been fast-tracked as at least eight firms, according to the WHO, are working to find a reliable and safe vaccine
World
1 year ago
Next Article

NEVA MAKGETLA: Modelling is no silver ball, we still need to work out what to ...

NEVA MAKGETLA: Modelling is no silver ball, we still need to work out what to ...