US mulls sanctions against Chinese officials and companies 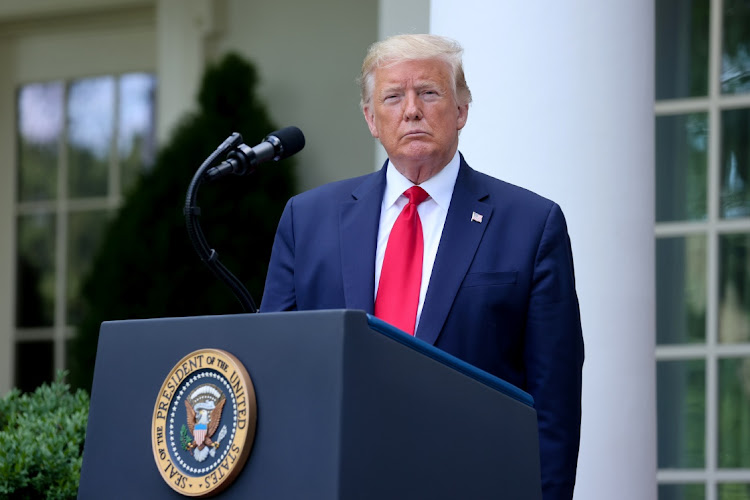 Washington — The US is considering a range of sanctions to punish China for its crackdown on Hong Kong, people familiar with the matter said, as the Trump administration weighs whether to declare that the former colony has lost its autonomy from Beijing.

The treasury department could impose controls on transactions and freeze assets of Chinese officials and businesses for implementing a new national security law that would curtail the rights and freedoms of Hong Kong citizens. Other measures under consideration include visa restrictions for Chinese Communist Party officials, according to two of the people.

Interagency discussions are continuing and no decision has been made on whether or how to employ the sanctions, said the people, who spoke on condition of anonymity because the moves are still under consideration.

President Donald Trump, asked about the possible sanctions at the White House on Tuesday, said his administration is “doing something now” that he will unveil later this week.  “It’s something you’re going to be hearing about over the next — before the end of the week,” Trump said. “Very powerfully, I think.”

The news hit US stocks in the final hour of trading on Tuesday, with the S&P 500 index losing almost half its gain. Futures were higher on Wednesday in Asia, however, as investors weighed deteriorating Sino-American relations against encouraging prospects for recovery in major economies.

The US state department is to certify Hong Kong’s autonomy under the Hong Kong Human Rights and Democracy Act that Trump signed into law in 2019  — and a negative determination could lead to the US reconsidering Hong Kong’s special trade status. A senior administration official said the certification announcement could come within a week and said it is doubtful that the US could certify Hong Kong’s autonomy under current circumstances.

Under the US-Hong Kong Policy Act of 1992, Washington agreed to treat Hong Kong as fully autonomous for trade and economic matters even after China took control. That means Hong Kong is exempt from Trump’s punitive tariffs on China, can import certain sensitive technologies and enjoys US support for its participation in international bodies such as the World Trade Organisation.

Sanctioning individual Chinese officials and entities would leave intact the broader trading relationship, which serves the interests of hundreds of US companies with regional headquarters in Hong Kong. The US wants to maintain influence among Hong Kong residents in order to promote democratic freedoms in the city, which are still more advanced than any territory under China’s control.

The Trump administration is under increased pressure from Republicans and Democrats in Congress to respond firmly to China’s plans to assert more control over Hong Kong. Yet the US faces a challenge in hitting back at China because any harsh penalty aimed at Beijing would be likely to also harm Hong Kong — and the US.

The business and investor community has been anxiously watching tensions rise in recent days. The US Chamber of Commerce on Tuesday called on the Chinese government to preserve Hong Kong’s “One Country, Two Systems” framework and on the Trump administration to continue to pursue a constructive relationship between the US and Hong Kong.

“It would be a serious mistake on many levels to jeopardise Hong Kong’s special status, which is fundamental to its role as an attractive investment destination and international financial hub,” the business group said in a statement.

White House press secretary Kayleigh McEnany said on Tuesday that the president is “displeased” with China’s efforts and “that it’s hard to see how Hong Kong can remain a financial hub if China takes over”. She declined to elaborate about specific actions the president was considering.

Beijing has repeatedly warned the US not to interfere in what it considers a domestic matter.