Monaco wants its old life back, and so do its bankers 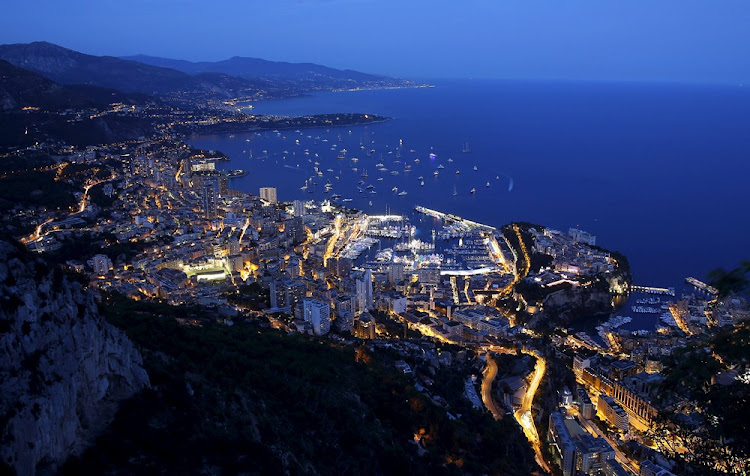 Zurich/London — When the Casino de Monte-Carlo, the Belle Époque jewel of Monaco and its royal family, reopens next month, baccarat will be dealt with hand sanitiser.

Down the hill, the famous Cote d’Azur harbour lies quiet. Bars and restaurants are closed. In this Mediterranean playground of millionaires and billionaires, the ultra-wealthy — and those who discreetly mind their fortunes — have been self-isolating, too.

The coronavirus pandemic has intruded even here, in the big-money world of superyachts and the private bankers who tend to their owners. This weekend’s scheduled Formula One race, during which banks outdo one another to entertain clients, has been cancelled. Art fairs in Switzerland and Hong Kong are on ice, polo and classic car events have been postponed in the US, and gatherings in Michelin-starred restaurants from London to Singapore have disappeared from the calendar. Visits with even the most VIP clients — VVIP in the trade — are on hold.

Like the rest of the world, Monaco wants its old life back. So, too, do the bankers who usually flock here every May to charm and entertain their high-end clients with Dom Perignon and food from celebrity chefs. But the pandemic is forcing many to rethink how ultra-wealth management gets done. What will this high-touch, bespoke business look like from behind an N-95 mask?

“We’ve had to compensate for that intimacy and that intensity of contact that our industry requires,” said Salman Mahdi, global vice-chair of Deutsche Bank’s wealth-management division.

The German bank has instead been working on a fortnightly online speaker series with medical experts talking about the coronavirus. Not only are the events efficient in getting so many clients together in a short period, they’re also cheap.

Other banks are also seeking to recreate engagement online. Credit Suisse has postponed until December its flagship client event — known as the Salon — that’s hosted by executive board members. Starting in June, it plans to invite Nobel Prize winners and business leaders to speak at monthly webinars.

Goldman Sachs has gotten involved in a virtual charity event since the crisis began, as well as hosting online seminars including ones featuring sport stars like the NBA’s Kevin Love and tennis player Sloane Stephens, said Tucker York, the bank’s global head of wealth management. It even has some unexpected benefits.

“We’re all just a little less formal,” he said. “It’s like a relationship accelerator.”

The cancellation of events from exclusive meetups in Switzerland for next-generation heirs to sports outings may reveal just how useful they were in bringing in new business. After a decade-long bull run in stocks, the market slump sparked by pandemic has delivered a wake-up call to private bankers as the global pool of assets threatens to shrink.

As markets rose over the past decade, banks competed in offering margin loans to a limited group of billionaires. Secured lending against a business magnate’s company stock is a way to deepen a relationship and bring in other business for the bank, such as lucrative fees for advice on mergers or stock listings.

It’s also risky. A soured margin loan to Lu Zhengyao, the billionaire founder of Luckin Coffee, contributed to an increase in Credit Suisse’s first-quarter loan-loss provisions, which grew five-fold from a year earlier, according to people with knowledge of the matter.

As global equities tumbled in March, Credit Suisse and UBS were reportedly among banks asking clients to provide additional collateral against their share-backed debt facilities. Private bankers may be forced to squeeze more collateral from their clients if markets slump again.

In Asia, the leading edge of the pandemic as well as the world’s fastest-growing wealth region, the crisis is accelerating the move to digital platforms, according to UBS.

“The epidemic has changed the way we engage with our clients; it’s basically combining the face-to-face and also all the digital channels,” Amy Lo, the Swiss bank’s co-head of Asia Pacific wealth, said this month in an interview with Bloomberg Television. “We’ve seen activity picking up in digital banking. That’s the way to go.”

While the Monaco Grand Prix isn’t the only super-exclusive event for ultra-rich, it has a wow factor that will be particularly difficult to replicate online.

A bank may spend more than $20,000 per client, or 5% to 10% of annual revenues from an account at the lower end of the scale, according to a relationship manager who asked not to be identified. That could include a couple of nights at a hotel and entry to the Paddock Club, which allows race fans to get close enough to smell the petrol fumes.

Later, banks might take younger clients to F1-driver hangout Jimmy’z, a Monte Carlo nightclub where bottles of Champagne start at $500. Prices at the top restaurants can rise as much as 500% for a set-menu dinner during the Grand Prix.

Frankl’s go-to staples include kilos of caviar and double magnums of Whispering Angel Rose. Two years ago, the CEO of a financial-services company flew directly from the Nice airport to the yacht’s helipad with his assistant, while deejay Bob Sinclar played a live set for guests.

Using a weekend of extravagance to reward loyal clients or convert prospects is a business model that served the world’s biggest private banks well. UBS has sponsored Lewis Hamilton’s Mercedes-AMG Formula One team since 2011, a period during which it upped its focus on a wealth-management business that has amassed $2.3-trillion of assets. Credit Suisse sponsors a classic-car rally two weeks before the main event where clients can parade their vintage vehicles.

The short-term effect of the pandemic — and the accompanying rush of transactions it precipitated — has so far boosted wealth managers. UBS reported a 40% jump in first-quarter profit, driven by transactions from both investment banking and wealth-management trading activity. Net new money at Credit Suisse’s wealth-management division was able to help offset a decline in assets under management.

Facing months or years of lockdown, top banking executives will soon have to decide how much faith they place in the existing hospitality model. Not everyone believes in webinars just yet.

“I can’t see an ultra-high-networth business magnate going onto a webinar,” said Ivor Alex, who runs a financial-recruitment firm with offices in Monaco. “If they hold it next year, I assume the Monaco Grand Prix will be business as usual.”

US jobless claims reach 38.6-million since start of lockdown

US jobless claims reach 38.6-million since start of lockdown