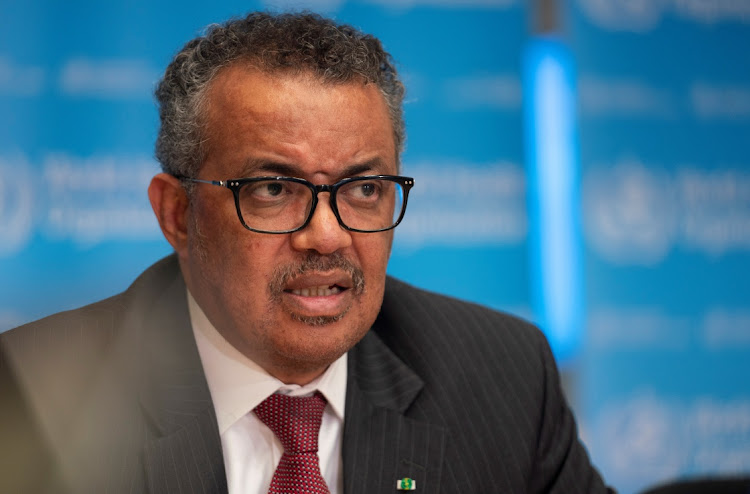 Geneva — The World Health Organisation (WHO) has called on all countries to ramp up their testing programmes as the best way to slow the advance of the coronavirus pandemic, and also urged companies to boost production of vital equipment to overcome acute shortages.

“We have a simple message to all countries — test, test, test,” WHO director-general Tedros Adhanom Ghebreyesus told a news conference in Geneva on Monday. “All countries should be able to test all suspected cases, they cannot fight this pandemic blindfolded.”

Without testing, cases cannot be isolated and the chain of infection will not be broken, he said.

Even countries with advanced health systems have struggled to cope with the outbreak, Tedros said, adding he was deeply concerned about its effects on low-income countries where people already struggled with malnutrition and other health problems.

In the US, the Trump administration has come under fire from critics for what they say has been a slow gearing up of testing for the new virus. US vice-president Mike Pence promised on Sunday that Americans would have access in the days ahead to more than 2,000 laboratories capable of processing tests.

With limited testing available, US officials have recorded nearly 3,000 cases and 62 deaths, and large segments of daily activities have been upended across the country.

Tedros said the strategy to contain the disease — identifying people with infections and rapidly isolating them — was still the best approach, and had shown positive effects in China, South Korea and Singapore.

Many countries have limited testing for the elderly or those with pre-existing conditions, and refuse tests for others with milder symptoms who can nevertheless spread the virus. Often they simply do not have the resources to carry out more tests.

Paul Molinaro, in charge of operations, support and logistics at the WHO, called for “a change in mindset” to overcome supply shortages in items such as test kits and protective equipment to fight the pandemic.

“Is this a challenge? It is. Is it easy? No it’s not. Is there a chance we can get availability and get this equipment? We remain optimistic,” Molinaro told the same news conference, referring to “severe market constraints” for some equipment.

Tedros said the WHO was working with the private sector to increase production of protective equipment, describing the current shortage as a “market failure”.

Meanwhile, Tedros said he was cheered by the response from governments coming forward with funding to fight the outbreak.

“It’s not just the funding, it is human spirit which we see, that is fighting this virus, that is coming more strongly,” he said. “I am really encouraged in the last week or so with the solid level of solidarity I see.”

Using technology from home pregnancy and malaria tests, a saliva and finger-prick kit could be ready for sale by June for less than $1 each
Companies
1 year ago