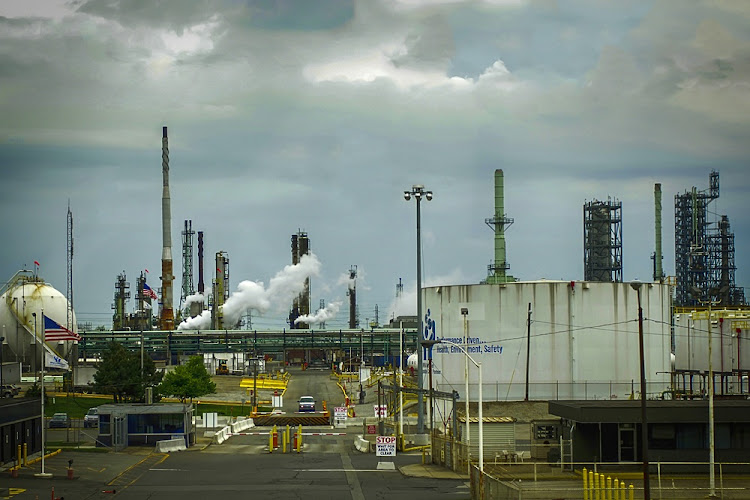 An industrial plant just outside Chicago, Illinois, in the US. Picture: ISTOCK

London/Hong Kong — Factory activity was at its weakest in years across much of the world during January, adding to worries that trade tariffs, political uncertainty and cooling demand pose  an increasing threat to global growth.

Weak purchasing managers’ index (PMI) readings reinforce expectations that central banks will put any further interest-rate hikes on hold this year and fuel expectations that a global economic slowdown is underway, as highlighted in a Reuters poll last month.

Trade-focused Asia appears to be suffering the most visible loss of momentum so far, with activity shrinking in China, although European economies are stuck in low gear and many emerging markets are sputtering.

The eurozone has been rocked by protests in France, an automotive sector struggling to regain momentum, political strife and rising trade protectionism. Manufacturing growth in the bloc was minimal last month, at a four-year low, and forward looking indicators suggest there will be no turnaround soon.

Germany’s manufacturing sector contracted for the first time in more than four years as Europe’s powerhouse was hit by trade tensions, although activity in France rebounded, helped by jobs growth.

British factories are scrambling to stockpile goods at the fastest rate since records began in the early 1990s as they brace for a potentially chaotic Brexit in less than two months’ time. Yet growth was weaker than expected but optimism waned.

Last week, the International Monetary Fund (IMF) cut its world growth forecasts for this year and next and said failure to resolve protectionism could further destabilise the slowing global economy.

“Unfortunately, the situation still looks set to get worse first. We have to brace ourselves for an ongoing string of weak economic data driven by, but not confined to, much weaker global trade,” said Holger Schmieding, chief economist at Berenberg.

On Wednesday, the US Federal Reserve signaled its three-year drive to tighten monetary policy may be at an end amid a suddenly cloudy outlook for the US economy. In some countries there is even chatter about potential rate cuts.

Beijing is under pressure to come up with more stimulus measures and find common ground with the US to prevent their trade war from escalating. US President Donald Trump said on Thursday he will meet Chinese President Xi Jinping soon to try and seal a comprehensive trade deal as Trump and his top trade negotiator both cited substantial progress in two days of high-level talks.

Trump, speaking at the White House during a meeting with Chinese vice-premier Liu He, said he was optimistic the world’s two largest economies could reach “the biggest deal ever made”.

“A lot depends on whether the US and China come to a reasonable deal. Then we can actually avert this potential trade recession, but at the moment it’s all tentative,” said Irene Cheung, Asia strategist at ANZ.

Global shares crept lower from their highest levels in two months on Friday after the weak data threw a wet blanket on a rally that took them to their best January on record.

China’s factory activity shrank the most in almost three years in January as new orders slumped further and output fell, the private Caixin/Markit PMI survey showed. The numbers were weaker than Thursday’s official PMI survey, but both suggest the economy is continuing to slow.

However, veteran China watchers typically advise taking its data early in the year with a pinch of salt, suspecting the trends may be distorted by the timing of the Lunar New Year holidays.

Many firms scale back operations or close for long periods around the holidays, which begin on February 4 this year. Still, workers, business owners and labour activists have told Reuters that companies are shutting earlier than usual as the trade war bites, with some likely to close for good.

Spreading beyond manufacturing, the global impact of China’s slowdown means cost-conscious Chinese tourists will choose destinations closer to home for the week off, rather than more expensive trips further afield.

“The global outlook is a bit more at risk from China today than it was, say, two or three years ago,” said Sonal Desai, chief investment officer at Franklin Templeton Fixed Income.

Japan’s factory activity was the slowest in 29 months, with weakening exports and output suggesting it could soon fall into contraction. Manufacturers in the world’s number three economy are facing both falling exports and a likely slump in domestic demand when the country’s sales tax is hiked in October.

Freight rates for dry-bulk and container ships, carriers of most of the world’s raw materials and finished goods, have plunged over the last six months.

But not all PMI surveys were gloomy. In India, which relies more on domestic demand, factory activity accelerated, and it was still in moderate expansion territory in Vietnam, the Philippines and Thailand.

Brent is hardly changed, torn between the hope the US and China may settle their disputes and data raising concern over China’s slowdown
Markets
3 years ago

Manufacturing activity eases at the start of the year