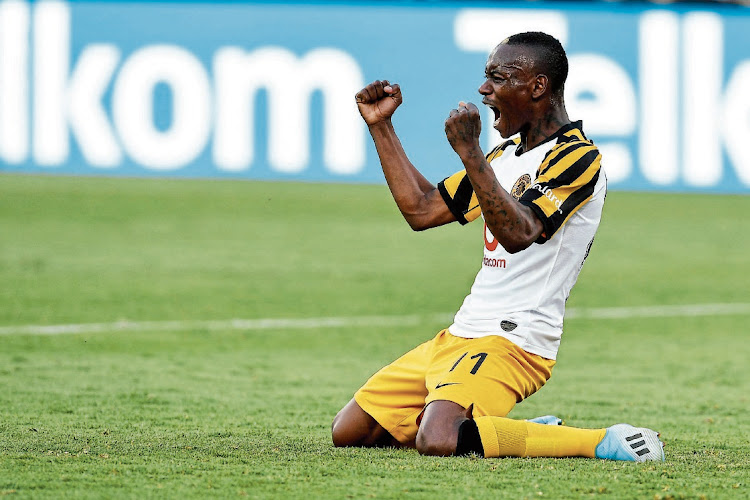 After their major clear-out in the name of rebuilding, Kaizer Chiefs stalwart Khama Billiat believes Amakhosi have assembled a team strong enough to go out and compete for everything in the new Premier Soccer League (PSL) season.

The new-look Chiefs, who released at least 10 senior players on the back of another mediocre campaign in 2021-2022, kick off their season on Saturday against Royal AM at Chatsworth Stadium in Durban with a host of major changes on the field and in the dugout.

Club legend Arthur Zwane will begin his tenure as the head coach of Amakhosi, assisted by Dillon Sheppard.

Former Sundowns star Billiat has spoken highly of his new coach, claiming this is the best preseason he has ever experienced, which might be a signal of big things to come from Chiefs.

The talk from Chiefs is this new season will be about rebuilding, but Billiat, who is yet to win silverware since joining from The Brazilians in 2018, believes Amakhosi have a team that is good enough to challenge for trophies.

“Without putting anyone under pressure, we want to be competitive this season and to compete for everything that comes our way,” Billiat said.

“I think this is one of the seasons where we have got good players and we have got energy in the team, we can feel it.”

Chiefs have brought in signings such as Ashley du Preez, Siyethemba Sithebe, Zitha Kwinika, Dillon Solomons, Yusuf Maart, Kamohelo Mahlatsi and George Matlou in their pursuit of returning to glory days at Naturena.

Billiat said while it was sad to lose familiar faces at Naturena, it had to happen for the club to be able to surge to the top again.

“I think it’s difficult to spend time with someone and lose them, but it’s always like that in football and it’s going to be like that,” he said. “Of course they had a lot of positive things that they were adding to the team, but the team needed to change.”

As one of the ageing players who avoided the axe at Chiefs, Billiat and senior players such as Keagan Dolly will be expected to take lead roles as new arrivals find their feet.