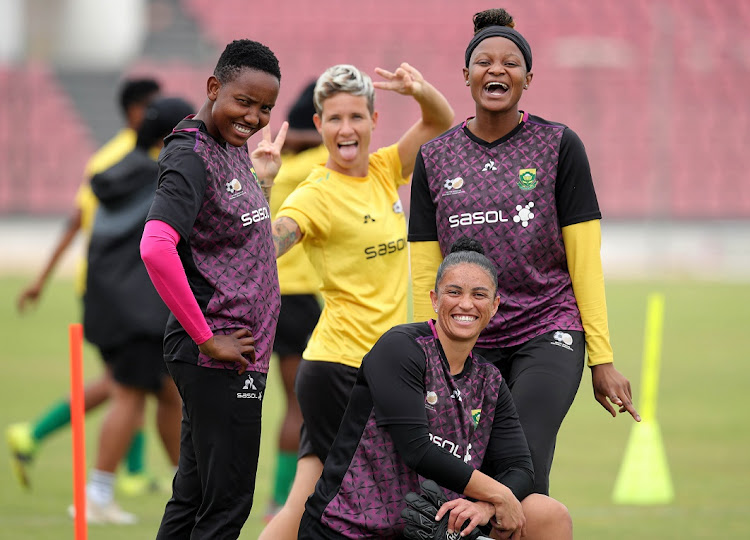 The 45,000 crowd that watched hosts Morocco sneak into their first final of the Women’s Africa Cup of Nations (Wafcon) with a penalty shoot-out win over defending champions Nigeria provided another clear manifestation of the swift rise in women’s football on the continent.

The game was broadcast live in 60 countries in various parts of the world, showcasing the continued growth in quality of women’s football in Africa. All the other group and knockout fixtures at the 11th edition of the tournament were also broadcast live on television.

The defeat of the once dominant Super Falcons, who were crowned champions in nine of the previous 11 tournaments, also provides a welcome sign that the gap between the top sides and those still in the early stages of growing the game in their countries is swiftly closing.

The landscape is clearly changing and a growing number of teams are catching up to the old guard, who are no longer allowed to simply turn up to win. Thankfully, the contests are now much closer and the days of big winning margins are seemingly over.

The improved quality of football on offer, the number of debutant teams in an expanded 12-team tournament, and the dynamic strategies employed by national teams show that women’s football is moving in the right direction in many countries even though most of the players at the tournament are still amateurs or semi-professional.

The decision by the Confederation of African Football (Caf) to introduce regional qualifiers may not have been universally welcomed as it made the path to qualification more challenging for powerhouses such as two-times champions Equatorial Guinea, Ghana and Ivory Coast. They all failed to make it to Morocco.

On the flip side, it allowed four newcomers — Togo, Burundi, Botswana and Burkina Faso — to play at a higher level. As it turned out, all the debutants acquitted themselves well, with Botswana’s Mares reaching the quarterfinals and Togo holding a strong Cameroon side to a 1-1 draw.

No doubt the participation of the newcomers will provide motivation for young girls in their respective countries to take up the game. With the teams who finished bottom of their group set to receive $100,000 in participation fees, those funds will hopefully be invested in developing women’s football in their countries.

It all forms part of Caf’s welcome decision to increase the prize money on offer by a huge 150%, with this year’s winners receiving $500,000, a cool $300,000 more than Nigeria bagged when they won their ninth Wafcon four years ago in Accra.

The four semifinalists at this year’s Wafcon — SA, Morocco, Nigeria and Zambia — all earned automatic qualification for  next year’s World Cup in Australia and New Zealand, with Senegal and Cameroon, winners of the two repechage games for losing quarterfinalists, going into the 10-team intercontinental playoffs to decide the final three spots in the expanded 32-team tournament.

The incentive of playing on the biggest stage will surely motivate women footballers across Africa to work and train harder and will ultimately benefit the growth of the game. For many countries that have not been able to thrive in the men’s game, their women’s teams could well be an avenue to play on the international stage.

Unfortunately, fans watching this year’s Wafcon were denied the opportunity to see three of the continent’s biggest stars in action for much of the tournament. Star Zambian striker Barbra Banda, who last year became the first woman to net back-to-back hat-tricks at the Olympics, didn’t even lace up her boots after being ruled out when she failed a gender eligibility test.

Nigeria’s Asisat Oshoala, a Champions League winner with Barcelona in 2021 and four-times African Women’s Player of the Year, suffered a tournament-ending injury in the opening game against SA while Banyana’s Thembi Kgatlana, African Women’s Player of the Year for 2018 and top scorer at the last Wafcon, was also forced out by an injury picked up in the last group game against Botswana.

The absence of the trio robbed the tournament of some of the lustre they would have provided with their skills. But despite their absence, this Wafcon has produced some high quality displays that can only augur well for the future of women’s football in Africa.