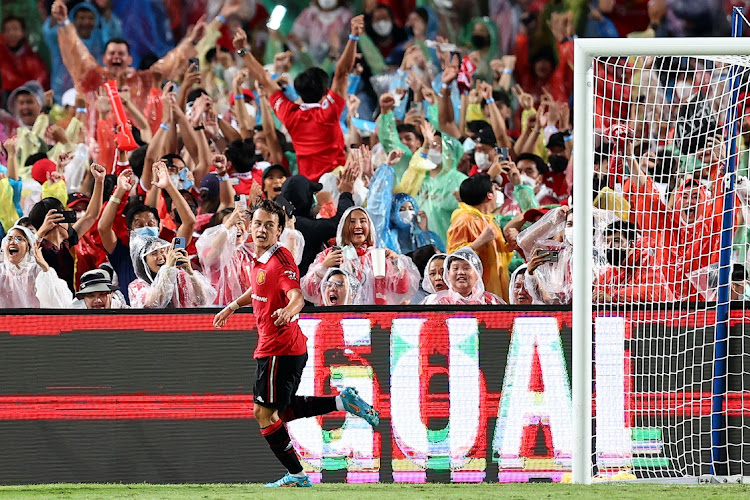 Manchester United got their preseason off to a flying start with a 4-0 rout of a lacklustre Liverpool in Thailand on Tuesday, giving new manager Erik ten Hag a big boost in his first match in charge.

Liverpool looked jaded and on the back foot for much of the match against a United side with superior fitness who capitalised on a slew of first-half errors in Bangkok with three goals in the space of 21 thrilling minutes.

The result is unlikely to trouble Liverpool manager Jürgen Klopp.

The German picked an experimental side, while United were nearly at full strength and Klopp played three separate outfield teams for half an hour each with the first two including a number of youngsters.

Yet United still outclassed their biggest rivals with Jadon Sancho, Fred, Anthony Martial and Facundo Pellistri all on the scoresheet and delighting Ten Hag, who praised his side’s spirit.

“But still I’ve seen some really good things ... we have a lot of creativity and speed up front, we have the potential.”

The encounter had a preseason feel with Liverpool using more than 30 players and United over 20.

Liverpool had the best of the early action and drew roars from the crowd of 50,000 before United went ahead after 12 minutes, when a Bruno Fernandez cross was poorly handled by the Liverpool defence, allowing Sancho to fire into the bottom corner.

But the fightback was brief, with Liverpool’s shaky back line exposed on the half-hour mark when Fernandez and Martial combined to lay the ball off to Fred, whose deft finish sailed over outstretched keeper Alisson Becker into the net.

United made it three moments later when Martial robbed Rhys Williams and coolly lifted the ball over Alisson, while Diogo Dalot almost added a fourth when his shot rattled the post.

United made 10 changes at halftime, after which Liverpool emerged better organised, with chances from their €75m (R1.27bn) striker Darwin Nunez and Mohamed Salah, who was frustrated late on by De Gea and the woodwork.

United fended off a late Liverpool rally and completed the demolition with 14 minutes left, Pellistri latching onto an Eric Bailly pass on the counter and converting with ease after a one-two with Amad Diallo.

“The goals we gave away for United we really should get an assist for it to be honest,” Klopp said. “But I saw a lot of good stuff from our guys as well.”

• French midfielder Paul Pogba conceded the volume of different coaches he played under at Manchester United hindered his chances of success in England, while he also insisted he is pleased to be “home” at Juventus.

Pogba left Juventus to rejoin United, who he played for as a youngster, for a world record fee in 2016, but after six years where he flattered to deceive in England, the 29-year-old is back in Turin after his departure from United at the end of last season.

Speaking at a news conference, he outlined the reasons why after leaving Italy having won four Serie A titles with Juventus, he is back with only two further trophies to his name from his time at United, where he played under three coaches, including interims.

“Changing [United] coach every year is hard — this was a difficult aspect for me. Then there were a few injuries, but I think it was also a mental thing — playing and not playing makes you lose pace. There is a bit of everything: coach, team, position. All this has blocked me a bit.

“Now, however, I have left and you will see another Paul. I can do better than in recent years.”

Pogba has signed a four-year contract at Juventus, where he hopes to steer the underperforming Serie A giants to their first Scudetto in three seasons.

“I am happy to go home, this is how I feel here,” he said. “This is something more than a dream. I am very happy.