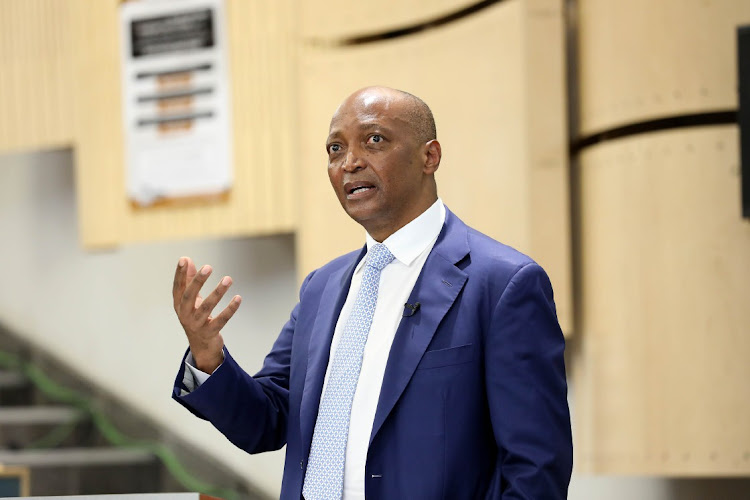 Patrice Motsepe has been confirmed as the first SA president of the Confederation of African Football. Picture: VELI NHLAPO

Despite the details being sketchy and the structure and format of the competition still to be finalised, the concept of an African Super League (ASL) competition has the full backing of all 54 of the Confederation of African Football’s (Caf) member associations.

It’s hard to fathom how one can approve something when you are still in the dark about the nuts and bolts of its operation. Strange as it may sound, that’s exactly what the Caf member associations have done. They have given their president, Patrice Motsepe, and his executive, with Fifa president Gianni Infantino, a blank cheque that could have far-reaching consequences for African football, particularly the domestic leagues across the continent.

Given the intense lobbying and jockeying by Infantino and Motsepe in 2021 it shouldn’t come as a surprise that the idea has been unanimously endorsed by the Caf members.

Perhaps it’s the promise of an annual cash injection of $1m to each of the associations that proved to be the irresistible carrot that swayed the delegates’ opinions.

In terms of an announcement made by Motsepe in the Moroccan capital Rabat on Sunday, the new Super League will be launched at Caf’s 44th ordinary assembly in Tanzania on August 10. The new league, which will feature 24 teams, will have total prize money of $100m (R1.6bn), with the winners pocketing a handsome $10m (R160m). The ASL is due to start in August 2023, Motsepe said.

For the moment, the African Champions League, which is open to all countries in Africa, will continue alongside the new ASL, in which the top 24 teams will be determined according to their Fifa ranking. It is unclear whether teams playing in the ASL will also feature in the Champions League.

If a country’s league winners don’t play in the Champions League, the competition would surely become watered down. Similarly if they don’t feature in the ASL it will deny them an opportunity to face the league winners of other countries, so a country’s top team faces the possibility of being on the outside looking in.

By creating the ASL, Caf will have to carefully consider the future of its two premier club competitions: the Champions League and the Confederation Cup. There is simply no way these two competitions can coexist with the proposed new ASL, as time and logistics will make it virtually impossible for this to happen.

Another important factor to consider is how the ASL will affect local leagues. Teams playing in the new cash-flush competition will surely direct their attention there at the expense of their domestic competitions. There’s also the small matter of accommodating the additional continental fixtures in what is already a packed local calendar.

A primary concern, one that was expressed so vehemently when Europe’s superclubs announced their plans for a similar competition in 2021, is the absence of competition in the concept of an exclusive group of 24 elite clubs.

Even if some of the ASL’s representatives had to qualify, if others were guaranteed their positions by virtue of their fan base or the deep pockets of their owners, it would go against the principles that underpin sport — competing on a level playing field.

Another question that needs to be answered is, will there suddenly be more interest in this new competition? How many SA football fans, who are known to be remarkably insular, will watch it? Will they be interested in watching teams other than their own?

While, for example, there was some local interest in Al Ahly when Pitso Mosimane was in charge, that level of attention has now dropped significantly after his departure in June.

Many fans gorge themselves on watching football, but there are limits. Interest in African continental competition, especially in SA, pales when compared to the local game and the European Champions League.

The hope is for Africa to retain its most talented players by providing them with a stage to perform and for them to earn decent salaries. Try telling that to a player who has ambitions to play in one of Europe’s top leagues with and against some of the world’s best players.

A better option would have been to simply upgrade the 58-year-old Champions League and pump all the proposed sponsorship and backing into upgrading what is now Caf’s blue riband club competition with the same imperatives of improving infrastructure, fiscal responsibility, academies and the women’s game.