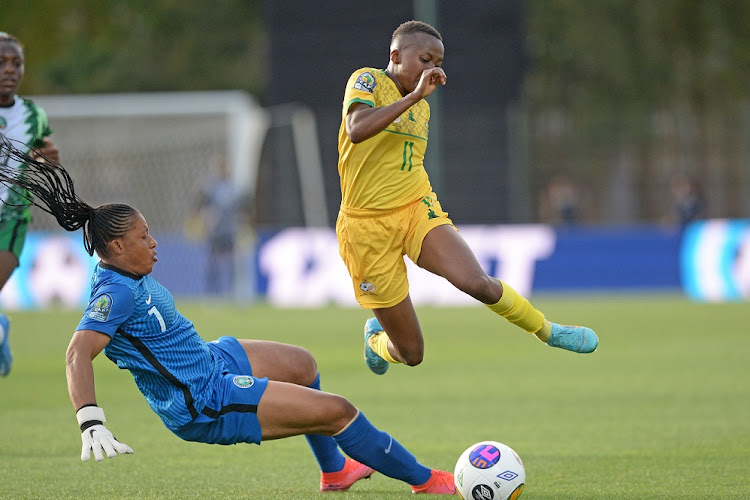 Banyana Banyana coach Desiree Ellis has warned her team not to get carried away after they got their Women’s Africa Cup of Nations (Wafcon) campaign off to a brilliant start in Morocco.

Banyana stunned competition favourites and 11-time champions Nigeria when they defeated them 2-1 in the opening Group C clash at Stade Prince Moulay Abdallah in Rabat on Monday.

Jermaine Seoposenwe, who returned to the national team set-up for the first time since 2019, and Hildah Magaia scored for SA in the second half before Rasheedat Ajibade pulled one back for the Super Falcons deep in added time.

“The players executed the plan really well, but the job is not done yet. It’s only a small part of the job,” Ellis said.

Ellis has said being able to fine-tune synergy between experienced Banyana stars and youthful players before the start of the tournament was one of the crucial factors in their mission to win Banyana’s first Wafcon match.

Banyana will now shift their focus to Burundi on Thursday (7pm) and play Botswana in their final game of the group stage on Sunday.

Burundi and Botswana are in their first Nations Cup, and it was the latter who claimed a 4-2 victory when the two made their debut on Monday.

Ellis has said it could be SA’s undoing if Banyana players think their games against the group’s two tournament rookies will be a walk in the park.

“Nothing changes. We have to do the same thing over and over again. We have to stay true to who we are, putting the ball on the ground and moving the ball around,” the coach said.

“We sat down at the beginning of the tournament and said what we want to achieve in it. We want to qualify for the World Cup. But we have to take it one game at a time.

“We’ve got to stay focused, one step is out of the way and now we have to focus on the next one. We need to make sure we are ready for that encounter because we can’t underestimate anyone,” she said.

The Wafcon semifinalists qualify for next year’s World Cup in Australia and New Zealand, and two more teams advance to the interconfederation playoffs.