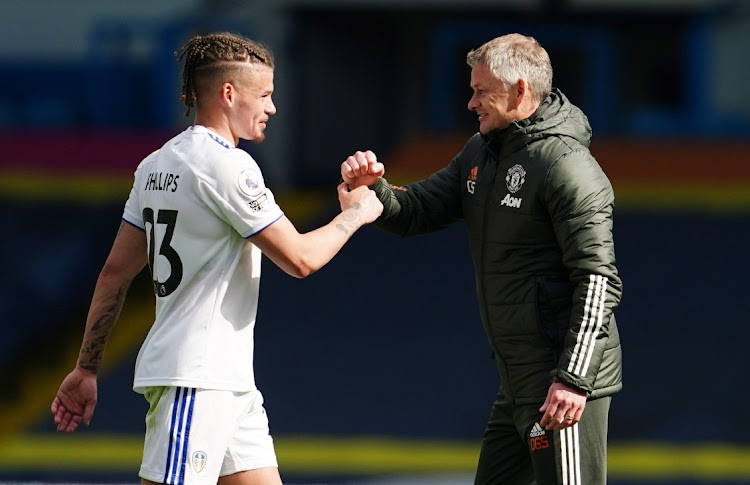 Financial details of the deal were not disclosed but British media reported that the 26-year-old was signed in a deal worth £45m including add-ons.

“City have again proved to be the best team in the country with an amazing squad and a manager in Pep Guardiola who is rightly considered to be the finest in the world,” Phillips said in a statement. “To be able to play under Pep and learn from him and his coaching staff, as well as be part of such a fantastic squad is a prospect that I am incredibly excited about.”

Phillips joined Leeds’ academy at the age of 14 before making his senior debut in the 2014-15 season. He played more than 200 games for Leeds, scoring 14 goals.

The midfielder has earned 23 caps for England since making his debut in 2020 and featured at the European Championships in 2021, where coach Gareth Southgate's team lost in the final to Italy in a penalty shoot-out.

He is City’s third signing of the close season window, after the arrival of striker Erling Haaland and goalkeeper Stefan Ortega.

Phillips will strengthen City’s midfield after the departure of midfielder Fernandinho, as manager Guardiola looks to add players in their bid to retain the league title and continue their push for Champions League glory.

“His reading of the game, alongside his passing ability, energy and drive make him a formidable talent and he is a player who has a fantastic will to win,” City director of football Txiki Begiristain said. “We feel he will be a superb addition to our squad and that he will complement our game perfectly.”

City, who face FA Cup holders Liverpool in the Community Shield on July 30, begin their title defence with a trip to West Ham United on August 7.

At the same time Arsenal signed Brazilian striker Gabriel Jesus from Manchester City on a long-term contract, the north London club announced on Monday. Financial details of the deal were not disclosed but British media reported the 25-year-old Brazil international was signed in a deal worth £45m.

Jesus previously worked with Arsenal manager Mikel Arteta when the Spaniard was an assistant to City boss Guardiola between 2016 and 2019.

“I'm very excited. The club has done a tremendous job to recruit a player of this stature,” Arteta said in a statement. “I know Gabriel personally very well, and we all know him well from his time in the Premier League and being really successful here.

“This is a position that’s been on our radar for a long time now and we have managed to get a player that we all wanted, so I’m really happy.”

Patrice Motsepe announces the creation of African Super League, to be launched on August 10
Sport
1 month ago

All the sides must be respected, says coach
Sport
1 month ago
Next Article