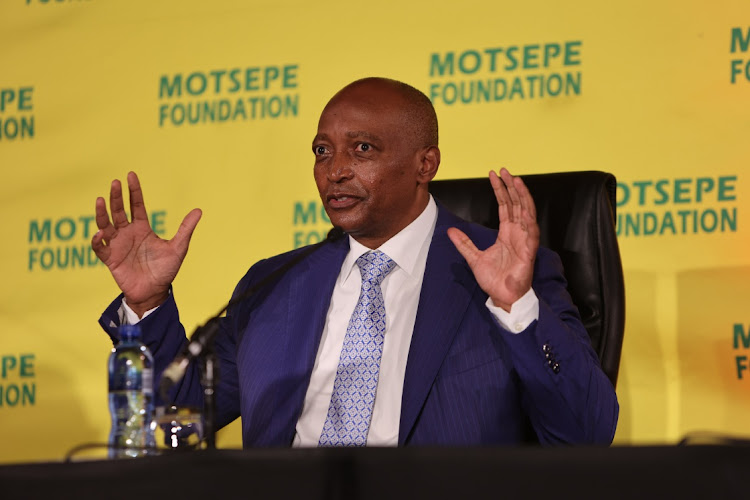 Confederation of African Football (Caf) president Patrice Motsepe has confirmed that a new Super League for the continent will kick off in 2023 with total prize money of $100m (about R1.6bn).

This dwarfs the total prize money of $12.5m (about R204m) for Caf’s present headline continental competition, the Caf Champions League, where the winner takes home $2.5m (about R41m).

Caf said Motsepe has announced that the executive committee resolved that the African Super League will kick off in August 2023 and be launched in Tanzania in August 2022.

“Details, including the official name, will be unveiled at the launch event,” Caf said. “The competition will breathe new life into African club competition.

“Winners and participants in the inaugural African Super League will receive significant prize monies, and the proceeds from the tournament will include substantial solidarity payments to all 54 Caf member associations.

“During last year’s extraordinary general assembly in Egypt, the 54 member associations unanimously voted to go ahead with the competition and gave a mandate to the president and executive committee to lead implementation of the competition,” Caf said.

Motsepe said $1m (about R16m) will be paid annually to Caf’s member associations.

“The decision has been taken to implement the Caf Super League. It will launch during Caf’s 44th ordinary assembly in Tanzania on August 10,” he said.

“We have been inundated with investors and sponsors who are anxious to partner with us in the Caf Super League. It has huge potential to significantly uplift African football and make it even more powerful.

“We will be engaging with stakeholders over the next few weeks to discuss the mechanics of the tournament and will release further details shortly,” Motsepe said.

“A significant amount of the money from the Caf Super League will be invested back into African football, and part of the process involves giving $1m every year to every one of Caf’s 54 member associations as a contribution to football and youth development.

“We also want to look to increase the prize money for the men’s and women’s Caf Champions Leagues.”

Caf said the 2023 Africa Cup of Nations in Ivory Coast will be moved to January and February 2024.

Initially scheduled from June 23 to July 23 2023, Motsepe said the postponement was due to the adverse weather in the country. June and July are part of the rainy season in Ivory Coast.

Patrice Motsepe announces the creation of African Super League, to be launched on August 10
Sport
1 month ago

SA Women up against Nigeria with World Cup spot the goal