SA Women up against Nigeria with World Cup spot the goal 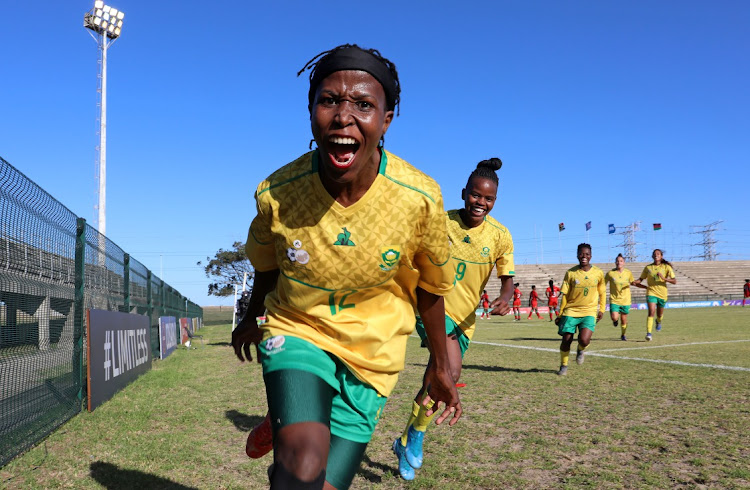 World Cup places will be up for grabs at the Women’s Africa Cup of Nations (WACN), which kicks off in Morocco on Saturday, with the top four finishers guaranteed a spot at the 2023 finals in Australia and New Zealand.

Africa previously had three places at the 2019 Women’s World Cup in France, but with the field for the 2023 tournament expanded to 32 teams, there are now four automatic berths for the continent and the chance of two more places via a proposed 10-team playoff tournament.

The four semi-finalists will qualify for the World Cup and there will be playoff matches to determine places five and six, with those two teams taking part in the World Cup qualifying playoff tournament.

The African championship, being hosted in Casablanca and Rabat, and which runs through to July 23, is itself expanded to 12 teams, with Nigeria’s dominant position in the women’s game on the continent under threat.

They have won 11 of the previous 13 African women’s titles and been to all eight previous World Cups, but they will face a stiff challenge from the likes of Cameroon, SA and Zambia this year.

Nigeria and SA meet in an early group game in Rabat on Monday that could be an indicator as to the outcome of the tournament.

“They are a very strong team, and a very competitive one as well,” said Nigeria striker Asisat Oshoala, her side’s most important player.

“But I don’t think the focus must only be on that match. There are other teams to also worry about.”

Nigeria beat SA on penalties in the final of the last WACN in Ghana in 2018. The 2020 edition was cancelled because of the Covid-19 pandemic but SA last September beat Nigeria 4-2 away in a friendly in an eye-catching result.

“The first thing we must do is to avoid conceding because we’re always going to create chances,” said SA coach Desiree Ellis of their Group C opener on Monday.

“It’s going to be a very tight battle. Last September’s game showed we have quality but we’ve been lacking the consistency and Nigeria have always had that consistency,” she added.

The 12 teams in Morocco are divided into three groups of four. The top two in each group plus two best third-placed finishers advance to the knockout stages.

MOGAMAD ALLIE: Failure to qualify for Afcon will be a catastrophe for SA ...

MOGAMAD ALLIE: Failure to qualify for Afcon will be a catastrophe for SA ...