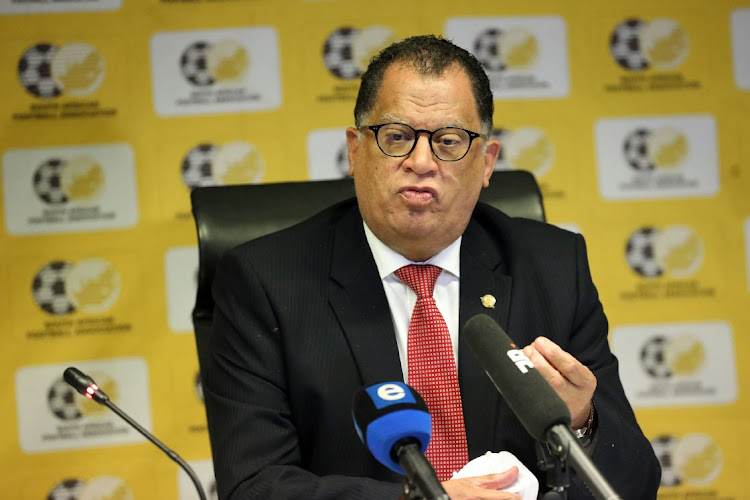 SA Football Association (Safa) president Danny Jordaan has addressed Ria Ledwaba’s decision to take the federation to court and allegations of changing the organisation’s constitution to favour his bid for a third term of office.

Ledwaba has approached the courts in a bid to stop the Safa elective congress scheduled for June 25. Insiders in her camp say she is alleging several constitutional irregularities surrounding the elections.

Safa responded that Fifa and Safa statutes do not allow football matters to be taken to an ordinary court instead of its designated structures, including the International Court of Arbitration for Sport (CAS).

Indications are that, according to Safa rules, Ledwaba, who is set to go toe-to-toe with Jordaan and Safa Tshwane president Solly Mohlabeng in the presidential race, could even be banned for her actions.

Jordaan said Safa will address the matter only after the court process is completed.

“That’s the matter in which Caf [the Confederation of African Football] and Fifa have expressed their views and we will have to wait for the court processes to be finalised and we will speak on that matter,” Jordaan said on Wednesday.

Jordaan dismissed allegations of bullying in the regions, which constitute the majority of the vote, or of altering Safa’s constitution to ensure he wins the election and for it to allow him to appoint his preferred people in key positions.

“If you want to amend the statutes you need to have two-thirds majority — in other words two-thirds of the members must agree to any change of the statutes,” Jordaan said. “The proposed amendments came from the members. Second, this constitution went through a four-month process of nine provincial conferences where members were engaged.

“It was not the NEC [national executive committee], it was just our legal committee that went through and called all the provinces and spent a weekend with them.

“All the provinces made the input and they then put it together. And in any case the process of the amendment to the statutes started after the congress in 2018. People had four years and another four months of actual workshop engagements.”

He said when the proposal was put before the congress on March 26 it received an overwhelming majority from Safa’s 52 regions.

“Almost 50 of the regions voted to support the adoption of the congress. That’s on the record,” he said. “What we must accept is that it’s election time and unfortunately a lot of claims, a lot of things are said that are not said at any other time during the four-year period leading up to the elections.

Candidates have criticised what they view as a lack of time allowed to canvass votes, saying the process favours the incumbent
Sport
2 weeks ago