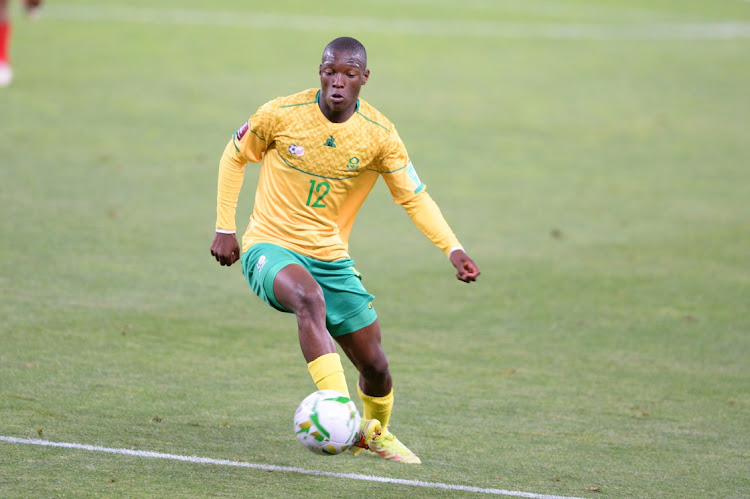 There have been many tough moments for Bafana Bafana’s young striker Bongokuhle Hlongwane in his first six months playing in the US‚ especially as his first steps into professional football were on his doorstep in Pietermaritzburg.

But the 21-year-old‚ who signed for Major League Soccer’s (MLS) Minnesota United from Maritzburg United in January‚ knows why he made the move to the US.

Hlongwane has emerged from a tough upbringing in KwaNxamalala‚ on the outskirts of Pietermaritzburg.

Like many footballers‚ he wants to go as far as he can in his career so he can maximise the benefits to his family‚ the striker said from Rabat on Tuesday‚ where Bafana are preparing for their opening Africa Cup of Nations Group K qualifier against Morocco on Thursday (9pm).

“Everything is going well in the US but sometimes when I see people coming with their families to the game I’ll be‚ like‚ I need my family there too and to come and support me and be there for me‚” Hlongwane said.

“It’s impossible for that to happen‚ because they are far‚ but I have to accept it.”

Hlongwane said his father‚ a construction worker‚ has been without work since the onset of the Covid-19 pandemic.

“After that I moved in with my father‚ who was working as a construction worker until the pandemic started and everything stopped so he stopped working.

“Life started to be hard but when I got my pro contract for Maritzburg I started supporting my father. I’m not the breadwinner for the family‚ but I look after my father‚ sending money every month. My mother is working [as a nurse] but I send some money to her too to buy what they need at home.”

The hard-running striker has earned game time since his move‚ playing 14 league games and three in the cup for Minnesota‚ who are in eighth in the 14-team Western Conference of the MLS.

Referring to his difficulties in getting on the score sheet, he said, “I don’t really know what’s going on. Because I won’t say I’m not getting chances.”

“The thing is I’m creating chances. They also create chances for me — I’m always in the right place at the right time. So I don’t know what is going on [with finishing chances].”

Hlongwane could boost his club confidence with a goal against Morocco at Rabat’s 45‚000-seat Stade Prince Moulay Abdallah‚ to add to his two international strikes so far that came in last year’s 3-2 friendly win against Uganda and 1-0 World Cup-qualifying win against Ghana.

Candidates have criticised what they view as a lack of time allowed to canvass votes, saying the process favours the incumbent
Sport
3 weeks ago

Prosecutors accuse the once powerful pair of unlawfully arranging a $2.08m payment in 2011
Sport
3 weeks ago
Next Article