Prosecutors accuse the once powerful pair of unlawfully arranging a $2.08m payment in 2011 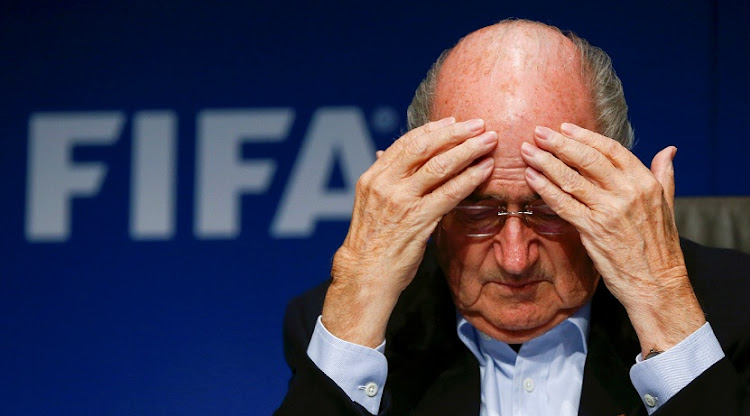 Bellinzona — Former Fifa president Sepp Blatter and former Uefa president Michel Platini are due to appear in a Swiss court on Wednesday on corruption charges that triggered their downfall from the summit of global football.

Swiss prosecutors accuse the pair, once among the game’s most powerful figures, of unlawfully arranging a payment of $2.08m in 2011 from Fifa to Platini.

The case meant Blatter ended his 17-year reign as Fifa president in disgrace and torpedoed hopes by former France midfielder Platini of succeeding him. It is one of 25 investigations by the Swiss office of the attorney-general (OAG) into corruption in football, with up to 12 still pending.

After a six-year investigation, the OAG accused Blatter, 86, of “fraud, in the alternative of misappropriation, in the further alternative of criminal mismanagement as well as of forgery of a document”.

Platini, 66, is accused of fraud, misappropriation, participating in criminal mismanagement as an accomplice, and forgery of a document.

Blatter and Platini, who were once close associates but are now bitter enemies, have both denied wrongdoing. They say they had a verbal agreement over the payment, which related to consultancy work by Platini between 1998 and 2002.

Three judges at the Federal Criminal Court in Bellinzona, will hear the case in the trial that runs until June 22. A verdict is due on July 8. If convicted, Platini and Blatter face up to five years in jail.

“This case goes back to an event in 2011. It is an administrative matter, a salary payment that was owed,” said Blatter. “The matter was correctly declared as a salary payment, accounted for accordingly and approved by all the relevant bodies of Fifa.”

Platini said: “I approach this hearing with serenity and confidence. I am convinced that justice will be fully and definitively done to me after so many years of wild accusations and slander. We will prove in court that I acted with the utmost honesty, that the payment of the remaining salary was due to me by Fifa and is perfectly legal.”

Fifa’s ethics committee banned Blatter and Platini from football in 2015, initially for eight years, though this was later reduced.

The committee said the transaction, made when Blatter was seeking re-election, lacked transparency and presented a conflict of interest. When Blatter approved the payment, he was campaigning against Mohamed bin Hammam of Qatar. Platini, as president of European soccer association Uefa, was seen as having sway with European members who could influence the vote.

The OAG said its investigation revealed that Platini worked as a consultant between 1998 and 2002 and that an annual compensation of Sf300,000 was contractually agreed. Platini’s invoice had been paid in full but the former France international later demanded further salary payments of Sf2m, it said.

Platini, who captained France to victory in the 1984 European Championships, was forced to quit Uefa in 2016 after losing his appeal against his ban. He also lost his appeal at the European Court of Human Rights.

The three-time European footballer of the year had been favourite to replace Blatter after the Swiss administrator quit in the wake of the huge corruption scandal that engulfed Fifa in 2015.

Instead, Platini’s former general secretary at Uefa, Gianni Infantino, entered the Fifa race and won the election in 2016.