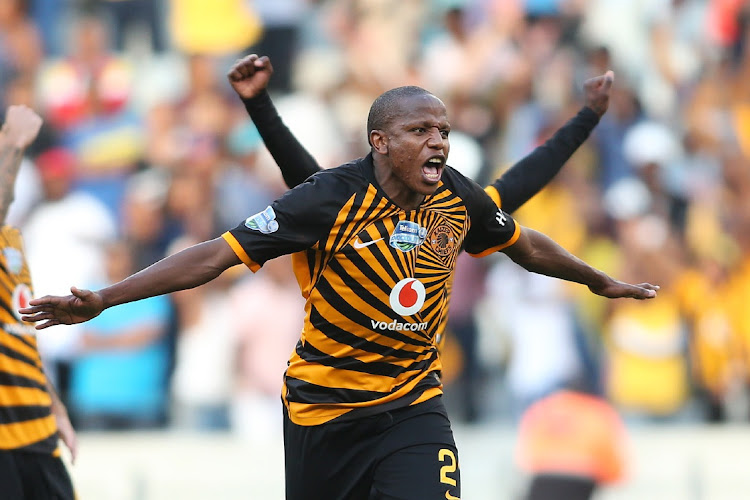 Lebogang Manyama, who was released by Kaizer Chiefs on Wednesday, has been linked with a move back to SuperSport United in the off season.

Manyama, 31, was one of eight players Chiefs announced they would not renew the contracts of or would put on transfer in a huge clearance sale by the Naturena side.

The 2016-17 Premier Soccer League top goalscorer and player of the season for Cape Town City arrived at Amakhosi in 2018 after an unhappy stay in Turkey. He scored 15 goals in 95 matches for  Amakhosi and was influential in Chiefs’ unexpected run to runners-up under Ernst Middendorp in 2019-20.

Before starring for City and going abroad, Manyama made his name at SuperSport United and Mpumalanga Black Aces.

An insider at SuperSport has revealed that the club would like to have Manyama back after an exodus of talented midfielders such as Teboho Mokoena, Aubrey Modiba and Sipho Mbule.

News emanating from the Mother City is that City are also chasing the signature of their ex-player. It is reported that City chair John Comitis is keen to have the Thembisa-born forward back in the side and that they will be making moves soon to lure him back. A heated race for Manyama’s signature is expected between United and City.

Manyama’s agent and mentor Maimane Phiri, who developed the midfielder at his lower-tier club, Alexandra United, was coy when asked about the player’s future.

“It’s still fresh and we have not sat down with the boy yet. We will talk to him soon and listen to the offers,” Phiri said.

“We thought Chiefs were going to exercise their option to renew but they did not and that’s why we had not made any moves. He still has a lot of football in him and it should not be a struggle to find a team for Lebo.”

Manyama wrote an emotional farewell letter to the Chiefs family on his social media account.

“As a young boy, you can only dream of putting on the shirt of your childhood club and today I stand as a man who has realised his dream,” he said.

“And for that I want to thank the chair Kaizer Motaung, the football manager Bobby Motaung, all the coaches, past and present, that I played under, the physios, all the team doctors, my teammates, the Khosi nation and everyone that puts in all the work behind the scenes at the Kaizer Chiefs village.”