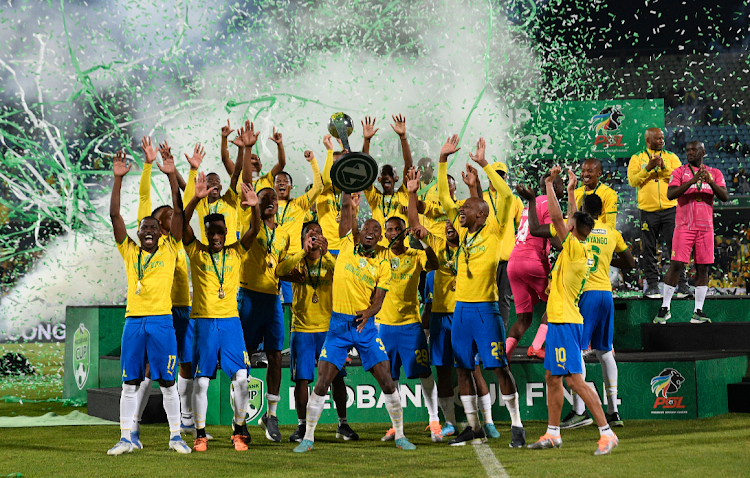 Mamelodi Sundowns players will be given a four-week break to recharge the batteries after a successful domestic season in which they completed a treble  — winning the league, the MTN8 and the Nedbank Cup.

Sundowns co-coach Manqoba Mngqithi suggested this will lead to a four-week preseason training period rather than the six-week norm, but added the shorter time can have advantages.

The Brazilians dominated locally but disappointed in the Caf Champions League in which they were dumped out by less fancied Angolan side Petro Atlético at the quarterfinal stage.

“We will give the team a four-week break and possibly come back for another four weeks [of preseason] because the season is going to be very long,” Mngqithi said.

“We are one team that plays more matches than anyone else in the league and within that four weeks we will have it structured to give us a chance to have our medics and train locally during the first cycle of the preseason.

“We’ll probably go to camp locally for the second cycle and if Covid-19 and all these other issues that make life difficult subside, maybe we can consider that during the third cycle we should be away maybe for friendlies even if it is just one week and we return to finish our programme.”

Mngqithi said the reason Sundowns may divide their preseason into two, is to ensure players don’t peak too early, and to avoid boredom. “Our experience has always given us a chance to look at this thing slightly differently based on our competition.

“If you cut the break of the players and have a longer preparation phase it has a chance to create problems and maybe boredom even before the season starts.”