Some of the current players were coached by Zwane when he ran the development programme and admire the strict, straight-talking mentor 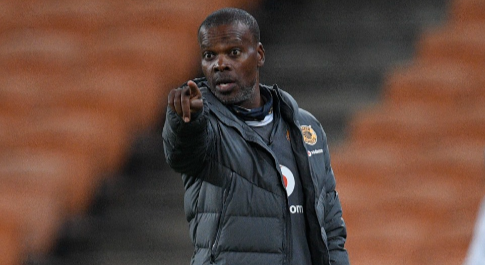 Arthur Zwane is taking the reins as the full-time coach at Kaizer Chiefs. Pictured: SYDNEY MAHLANGU/BACKPAGEPIX

Kaizer Chiefs appointed Arthur Zwane as their new full-time coach in an announcement made at the club’s Naturena headquarters on Thursday.

Zwane, who has signed a three-year deal with Amakhosi, replaces head coach Stuart Baxter, who parted ways with the club in April. He will be assisted by Dillon Sheppard.

Former Chiefs winger Zwane, 48, who cut his teeth as a coach in Chiefs’ development programme, has been caretaker-coach with fellow assistant Sheppard three times in the past two years.

They won Chiefs’ last two Premier Soccer League (PSL) games, ensuring a top-eight finish, and steered the team through the Caf Champions League semifinals to their first final of the continental showpiece after Gavin Hunt was sacked late in the 2020/2021 season.

They won two and drew one of three league games with a severely depleted side when Baxter was isolating amid an outbreak of Covid-19 at Chiefs in December.

Chiefs ended the 2021/2022 season in fourth place in the PSL but may slide down the table because Orlando Pirates end their campaign late with two games in hand due to Bucs’ participation in the Caf Confederation Cup final.

A number of players in the Chiefs squad were coached by Zwane in the development programme and they apparently adore the disciplinarian, straight-talking coach.

Commitment and motivation rather than superb playing quality steered them, coach says
Sport
1 month ago
Next Article