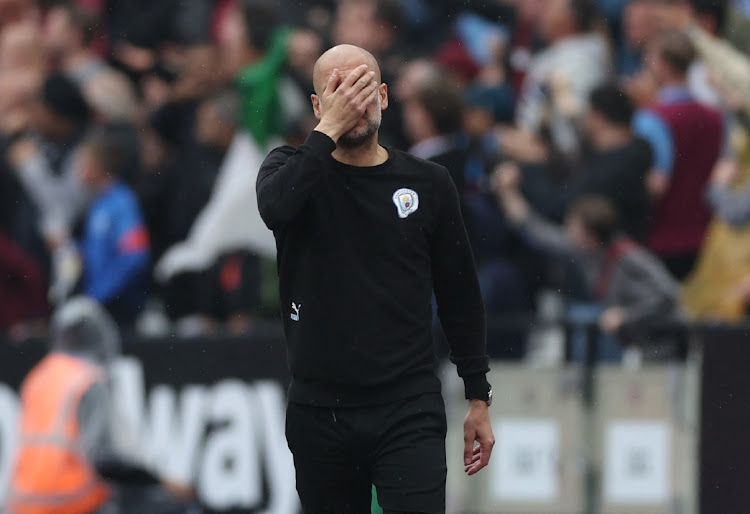 London — The Premier League title race looks set to go down to the final day after Manchester City dropped two points with a 2-2 draw at West Ham United on Sunday.

Riyad Mahrez failed to a convert a late penalty that would have won the game for Pep Guardiola’s side, who were 2-0 down at halftime at the London Stadium.

The result left City on 90 points with one game to play and second-placed Liverpool, chasing an unprecedented quadruple of trophies, four points behind but with two matches left.

Liverpool travel to Southampton on Tuesday and victory in that game would leave them one point behind heading into Sunday’s final round of games. A defeat would hand the title to City. 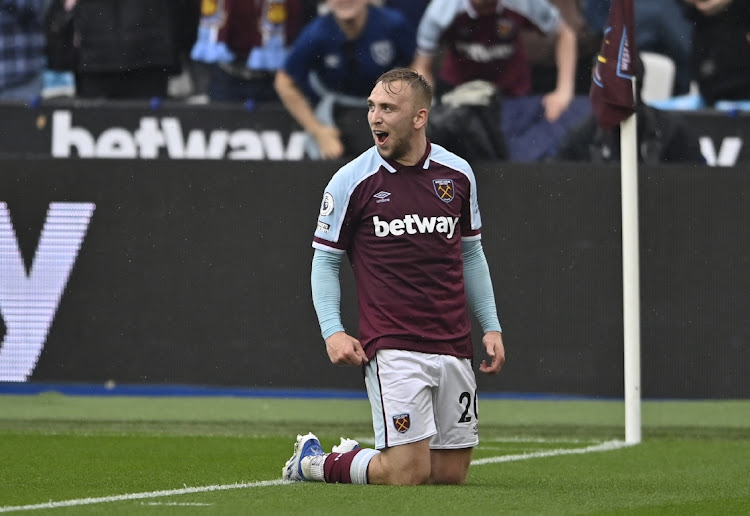 Jarrod Bowen struck twice for West Ham in the first half to stun City but Guardiola’s men fought back strongly.

Jack Grealish fired City back into contention four minutes after the break and the Hammers’ Czech defender Vladmir Coufal headed a Mahrez free kick into his own goal.

City had a great chance to take all three points when a VAR review led referee Anthony Taylor to award a penalty for Craig Dawson’s challenge on Gabriel Jesus.

Mahrez struck the spot-kick firmly but at a good height for Lukasz Fabianski who produced an excellent save to deny the Algerian, frustrate City and keep Liverpool’s hopes alive.

Tottenham Hotspur boosted their hopes of Champions League football next season with a nervy 1-0 win at home to relegation-threatened Burnley.

Spurs climbed above North London rivals Arsenal into fourth on 68 points from 37 games. The Gunners are on 66 from 36 matches and can return to the top four if they win at Newcastle United on Monday.

The game was decided by a controversial penalty just before the break when referee Kevin Friend reviewed a handball incident and ruled that the arm of Ashley Barnes had been in an “unnatural position” when the ball struck it.

Kane drilled the spot-kick into the bottom corner but Burnley’s protests continued after the halftime whistle with angry exchanges in the tunnel.

Nick Pope made two outstanding saves after the break to keep out Son Heung-min while Barnes struck the post for Burnley with a thundering drive from distance.

Burnley’s defeat left them back in the bottom three but the battle to avoid relegation also looks likely to be decided on the final day of the season.

Leeds United dropped two points with a 1-1 draw at home to Brighton & Hove Albion though they were delighted to have salvaged a point with a stoppage-time header from substitute Pascal Struijk.

Former Manchester United and Arsenal striker Danny Welbeck had put Brighton ahead in the 21st minute and Leeds laboured before Struijk snuck in at the back post to set off wild celebrations.

Leeds, in 17th place, are a point ahead of Burnley but the Clarets will travel to Aston Villa before their final game at home to Newcastle. Leeds’s last match is away to Brentford.