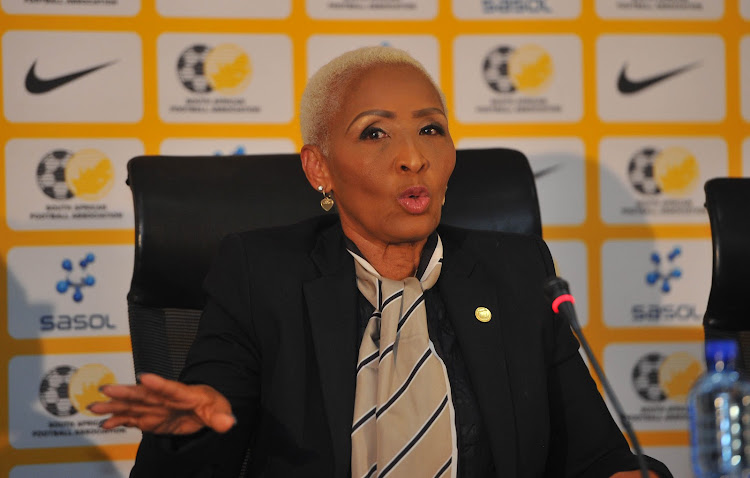 There was drama and an air of despair when attending SA sports dignitaries were informed that SA Football Association (Safa) vice-president Ria Ledwaba could not attend her presidential manifesto launch on Tuesday.

It was announced at the launch at the Nelson Mandela Foundation in Johannesburg that Ledwaba faced expulsion or suspension if she went ahead and addressed Tuesday’s gathering. The launch had been arranged for Ledwaba to announce her nomination to contest next month’s Safa presidential election against incumbent Danny Jordaan.

Ledwaba wanted to go ahead with her campaign launch even though Safa warned candidates not to start canvassing before their names are approved by the independent governance committee, which will oversee the elections.

Ledwaba was advised by her legal representative, Leruma Thobejane, against addressing the launch as she faced suspension or expulsion.

“We received a circular last week to prohibit Ria from going ahead and addressing this gathering,” Thobejane said.

Three candidates have been nominated by Safa members to oppose president Jordaan but there are reports  the trio stand to be disqualified by the governance committee. This may leave Jordaan with no opposition.

Last week, Safa CEO Tebogo Motlanthe warned the nominated candidates in a letter not to jump the gun by starting to canvass ahead of the presidential elections next month. Motlanthe’s letter says that members who were nominated cannot present themselves to the public before the final list of nominees has been approved by the governance committee.

Some of the members who have seen the letter regard the move as a way to halt the progress of other nominees, with only a few weeks to go before the polls.

The recently appointed governance committee’s task is to screen all the nominated candidates, including Jordaan, ensuring they tick all the boxes to be eligible to run, and only then will they be vetted to stand in the presidential elections. Motlanthe must release the names of the vetted candidates 14 days before the elections.