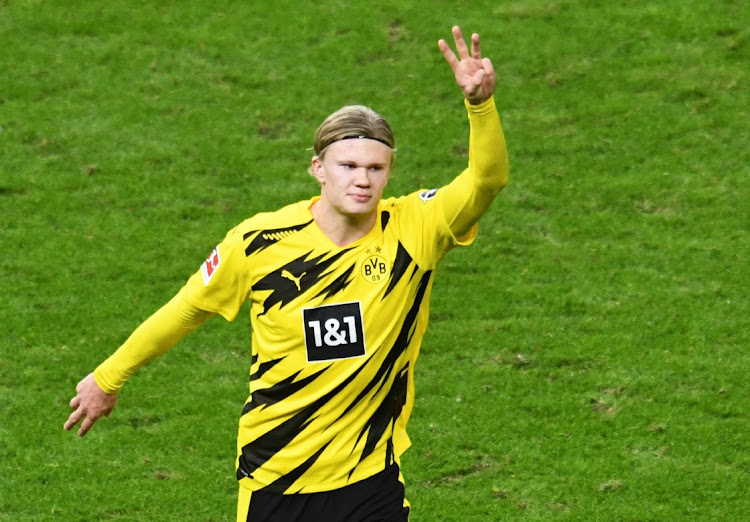 Bengaluru — Manchester City manager Pep Guardiola remained tight-lipped about the potential signing of Erling Haaland on Tuesday, saying he had been instructed not to talk until the deal is done.

Norwegian striker Haaland, 21, is one of the hottest prospects when the transfer window opens having scored 85 goals in 88 games for Dortmund since his debut in January 2020.

“Borussia Dortmund and Manchester City have told me I’m not allowed to say anything until the deal is done,” Guardiola told reporters on Tuesday.

“I cannot talk, I’m sorry. There’s plenty of time to talk. I would love to talk, honestly. They tell me not to talk, from a legal perspective, not because I don’t want to.”

British media reported on Monday that Haaland had already passed his medical and that Premier League champions City are set to activate the striker’s release clause. City did not replace Argentinian striker Sergio Aguero last year when the club’s top scorer moved to Barcelona on a free transfer.

When asked what difference a new striker would make to his squad, Guardiola said: “New players always help to be a stronger team. But one defender or striker will not solve our defensive or scoring problems.”

City lead Liverpool by three points in a closely contested title race with three games left. They visit Wolverhampton Wanderers on Wednesday in a fixture the Spaniard described as “one of the toughest away games” in the league.

Liverpool, however, can go top later on Tuesday when they face Aston Villa, but Guardiola said “nothing changes” for City no matter what the result is at Villa Park.

“Hopefully, we can push them too. It happened the last four or five years,” Guardiola said. “Both teams have done impressive seasons. We know exactly what we have to do, nine points. We are going to try.