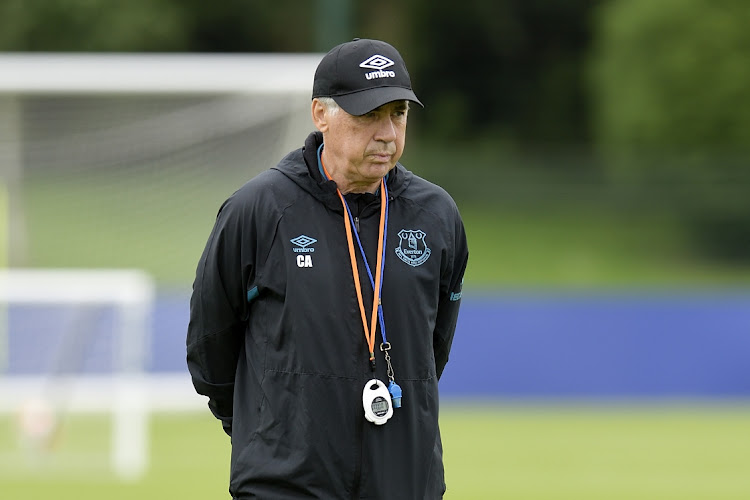 Madrid — Real Madrid will go on the attack against Manchester City in the second leg of their Champions League semifinal at the Bernabeu on Wednesday as they bid to overturn a one-goal deficit after losing 4-3 in England, manager Carlo Ancelotti said.

Full-back David Alaba is injured but midfielder Casemiro returns and, while there are question marks over the system and starting line-up, Real will use the aggressive approach that has delivered 11 goals in their last four Champions League matches.

“If we go back and try to defend with a low block, with 10 men on our box, City will have 99 shots on target. Sometimes you need to take risks and we were very successful this season when risking because we have a lot of quality up front,” Ancelotti said on Tuesday.

“It will be clash of two very different teams. Two teams with different qualities, collective and individual. But we’ll have home advantage and we’ll be aggressive as always. We have a quality up front that gives us the luxury to be daring on offence.

“The collective commitment will probably be what decides it. We need to improve from the first leg, moving better as a block. Being in a better position in defence, working as a unit and Casemiro’s return is very important in that aspect,” he said of the Brazilian who missed the first leg through injury.

Real come into the match on a high with the LaLiga title wrapped up at the weekend after Saturday’s 2-0 home win over Espanyol when Ancelotti rested several players.

The Italian believes celebrating a title won almost a month before the end of the season, with four games to spare, after dominating the race is a major boost for the morale of players and fans looking forward to the Champions League semifinal.

“Our morale and confidence is over the roof after winning the league title. We are locked into this game as it is the most important of the season. This team have the heart and true grit to overcome any obstacles but that is not enough,” he said.

“You don’t win with personality and heart alone. It is what gives you the strength to demonstrate the quality you have. You need everything — will, individual quality and collective commitment.”

Veteran midfielder Luka Modric, who will be aiming to reach his fifth Champions League final with Real Madrid, echoed his coach’s upbeat mood.

“Of course, we are very confident that we can fight back and advance. We are aware that we have not played well in the first leg and even so we scored three goals,” Modric, 36, said.

“We have a lot of character and talent. The history of this club, winning this competition 13 times, will play a major part. It influences a lot our mentality because you believe you can achieve anything wearing these colours.

“We will go out there with a lot of faith and personality, energy and desire, demonstrate that we are Real Madrid and that we are the best team in the world. Having the fans on our side and the magic of Santiago Bernabeu is a major boost.”

Walker has not played since coming off injured against Atletico Madrid in April’s Champions League quarterfinal, and Guardiola said he will make a late call on the 31-year-old’s fitness for the clash.

“Walker trained and he will travel. We will decide tomorrow [Wednesday]. He is three weeks without training but happy he is back … [Stones] is not fit,” Guardiola said on Tuesday.

City will look to reach their second consecutive Champions League final and hope to atone for last year’s loss to Chelsea in the showdown in Porto.

“Two good teams, we saw it one week ago. They are champions in Spain, we are trying to be champions here,” Guardiola, whose side lead the Premier League by one point from Liverpool, added. “We saw in the other game things we have to improve and we are going to try to do it.”

City have been a dominant force in England since the arrival of Guardiola in 2016 but remain in search of their first Champions League title, far off Real’s 13 times.

Russian clubs will not compete in Uefa’s Champions League, Europa League or Europa Conference League next season
Sport
2 weeks ago

Manchester City have the best defensive record in the league this season, just as they did last term
Sport
2 weeks ago
Next Article