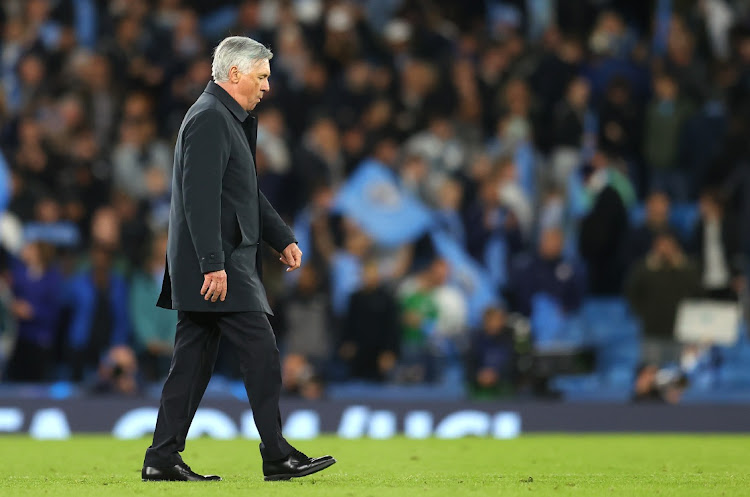 Madrid is getting ready for the thousands of fans expected to flock to the city’s Cibeles fountain on Saturday to join Real’s players for a much-anticipated celebration of a LaLiga title that Carlo Ancelotti’s side could clinch at home to Espanyol.

Real will have two challenges on Saturday, however. The first will be taking at least a point against lowly Espanyol, who have lost three of their last four league games, to guarantee the title with almost a month of the season left.

But perhaps the trickier task for Ancelotti will be managing his team’s title celebrations given that they host Manchester City on Wednesday needing to overturn a 4-3 deficit from the first leg of their Champions League semifinal.

The veteran Italian coach does not seem too worried about a title party hangover, though, and believes winning LaLiga would be a great way to boost morale before the return leg.

“If we are able to win the title on Saturday, of course we will celebrate because I think it will help us for the Man City game,” Ancelotti said after Tuesday’s clash at the Etihad in Manchester.

With five rounds of games still to be played, the leaders benefited from Rayo Vallecano’s shock 1-0 win at second-placed Barcelona last Sunday, which left Real with a huge 15-point advantage over bitter rivals Barca and Sevilla, who are third.

The Spanish capital’s officials have already authorised the preparations for a party at the Cibeles fountain, a central landmark where the club traditionally marks its successes.

Traffic restrictions will be put in place as early as Friday while a stage is built around the fountain where the players on an open-top bus traditionally join the supporters coming from the Santiago Bernabeu to continue the party.

It will be the first time Real fans have had a chance to gather without wearing masks for a celebration after the Covid-19 pandemic, as the club’s last league title triumph in 2020 was in the middle of lockdown.