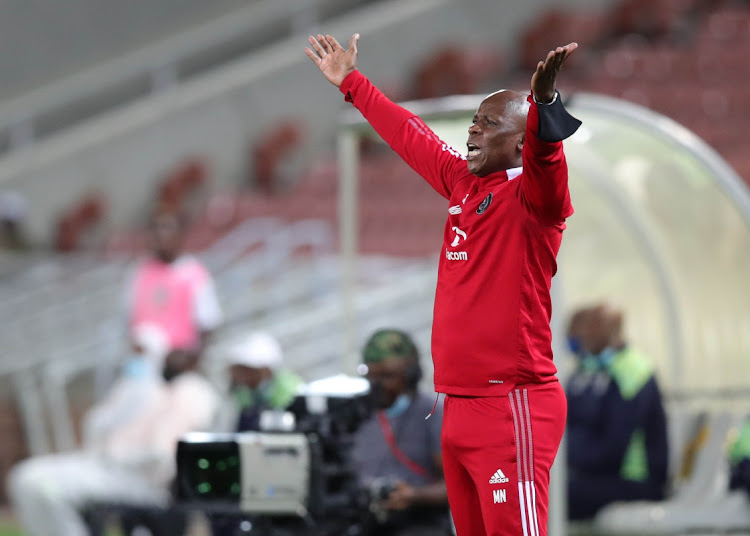 Orlando Pirates’ bid to qualify for the next edition of the Caf Champions League as Premier Soccer League (PSL) runners-up continued to wane as they squandered another opportunity to make ground with a 0-0 draw at home against lowly Chippa United on Wednesday.

Pirates again dominated proceedings and enjoyed the lion’s share of the ball but huffed and puffed in front of their fans at Orlando Stadium. They are five points behind Royal AM, who occupy the coveted second spot that comes with qualification for the Champions League.

Chances were far and few for Chippa and one did not need to be a football genius to figure out that the Gqeberha team came to Soweto to play for a point, hoping to snatch victory from their few inefficient counterattacks.

While the first half was a yawn, there was much improvement in the second as substitute Sammy Seabi rattled the crossbar once for the visitors and Ntsikelelo Nyauza twice for the Buccaneers.

If Pirates fail to finish second, a situation that appears increasingly likely with each game, they will have to qualify for the Champions League the hard way by winning the 2021-2022 Caf Confederation Cup, where they face Libya’s Al Ahli in the semifinals in May.

Wingers Thembinkosi Lorch and Deon Hotto tried every trick in the book to unlock the staunch Chippa backline but with little success. The twin strike force of Terrence Dzvukamanja and Kwame Peprah again threatened but fired blanks.

It will be a high-stakes encounter when Pirates and second-placed Royal AM face off in Chatsworth on May 8 in a match that has the potential to decide who wins the battle for runners-up in the league.

For Chippa the away point will feel like victory as it sees Kurt Lentjies’ side retain their 12th spot and move to 26 points, a comforting eight points from automatic relegation and three from relegation play-off places.