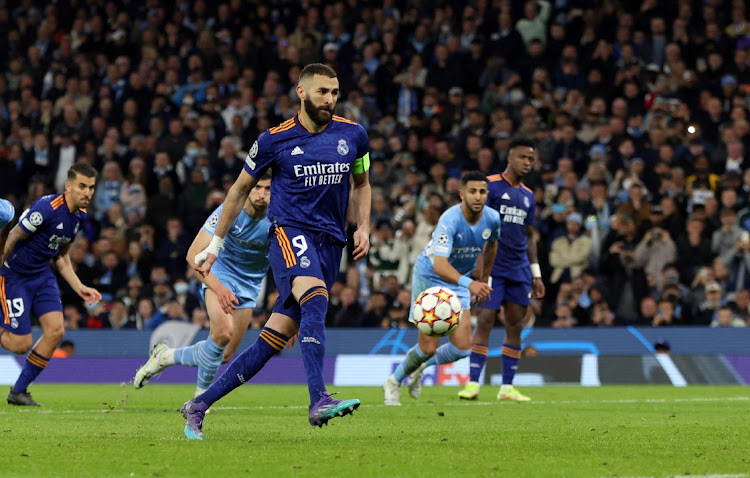 Manchester — For 90 enthralling minutes in their Champions League semifinal on Tuesday, Manchester City and Real Madrid illustrated how far elite-level European football has progressed and how much more entertaining for fans it has become.

It was not just the drama in a thrilling first leg — the fact that they combined for seven goals, with City coming out 4-3 winners, nor that Real kept the contest alive by three times reducing two-goal deficits, but the sheer quality that both sides brought to the Etihad Stadium.

The days when games in the latter stages of European competition, particularly first legs, were cagey, negative, tactical affairs, have thankfully gone, replaced by the kind of end-to-end action that brings to mind basketball’s non-stop switching between attack and defence.

“Both teams want to attack and have the quality to play. Football is a fantastic spectacle,” said City manager Pep Guardiola as he reflected on the game.

But it would be wrong to view the risk taking as cavalier or the high scoring as simply the result of poor defending. Teams at this level, as Real and City reminded everyone, are packed with extraordinary talent. They have forwards who can score goals out of nothing, as striker Karim Benzema proved once again with his sublime flick to bring Real back into the game at 2-1.

The Frenchman is arguably the most clinical finisher in the modern game, though a case could also be made for another prolific Champions League scorer — Bayern Munich’s Polish forward Robert Lewandowski.

City had started the night with a goal after 94sec from Kevin de Bruyne and the way Pep Guardiola’s side had Real’s defence shaking early on had much to do with the performance of the Belgian international.

Is there a better all-round midfielder in the world than De Bruyne? The 30-year-old can finish like a striker, deliver precision passing from any range, surge from the halfway line and lead a counterattack, as well as breaking up opposition moves with a well-read interception or timely tackle.

The game was played at relentless pace but there were still moments of midfield craft from two of the most aesthetically pleasing performers in the game — Real’s Croatian maestro Luka Modric and City’s Portuguese playmaker Bernardo Silva. The technical ability was illustrated in two remarkable minutes in the second half.

First, 36-year-old Fernandinho, normally a tough defensive midfield destroyer, delivered a delicately floated cross for Phil Foden’s headed goal to make it 3-1, but was then exposed by the skill and pace of Vinicius Jr who burst away from him to score a wonderful solo goal in reply.

The best teams in Europe benefit from the finest tactical drilling, elite sports science and physical preparation and in Guardiola and Real coach Carlo Ancelotti, they are guided by men who know how to win the Champions League.

City were the more dynamic side, creating the most chances, and will feel they could have won by a bigger margin.

But the mental element is crucial at this level, as Ancelotti noted when he praised the way his team were able to keep clawing their way back into the game.

“These players don’t lose their minds when things are difficult. The first 20 minutes were really difficult, but after that we were able — slowly, slowly — to come back into the game and keep our chance of qualification open,” he said.

There are plenty of critics of modern football — of the money that flows in and out of the game, the owners, the game’s governance, commercialism and the concentration of power in a small group of big clubs.

But when it comes to undiluted quality to admire and thrilling battles to enjoy on the field, we have truly have never had it so good.