Leading pair end match as they started, with one point between them 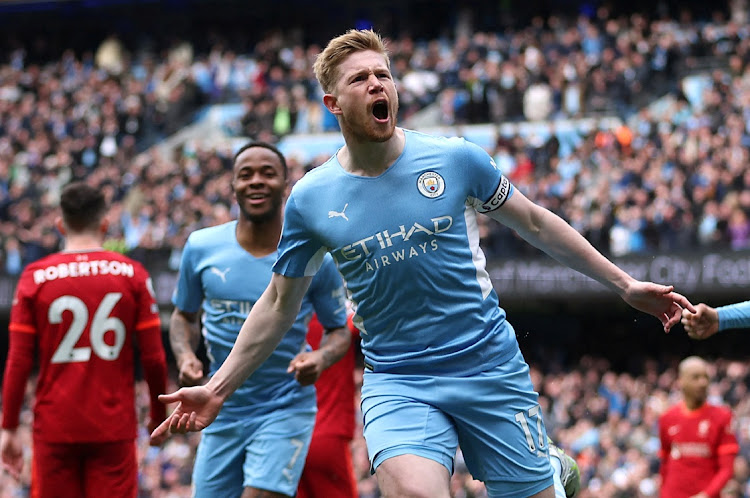 Manchester — Manchester City remained one point clear of Liverpool at the top of the Premier League standings after the pair cancelled each other out in a pulsating 2-2 draw at the Etihad Stadium on Sunday.

The clash lived up to its blockbuster billing right from the off as City flew out of the traps, racing into a fifth-minute lead after Kevin De Bruyne’s strike was deflected past Liverpool goalkeeper Alisson.

Liverpool responded well and levelled eight minutes later through Diogo Jota, assisted by a superb Trent Alexander-Arnold pullback, before the momentum shifted again as Gabriel Jesus gave City the lead once more in the 36th minute.

It was the first time Liverpool had trailed at the break in the Premier League this season, but they did not need long to restore parity, with Sadio Mane equalising after being picked out by a Mohamed Salah pass 46 seconds into the second half.

Raheem Sterling thought he had again given the hosts the advantage in the 63rd minute, only for the former Liverpool forward to be ruled offside after a VAR review.

Both sides had openings to settle the match, but neither could find a winner to leave a fourth Premier League crown in five seasons in City’s hands, as they moved on to 74 points, one ahead of their title rivals, after having both played 31 games.