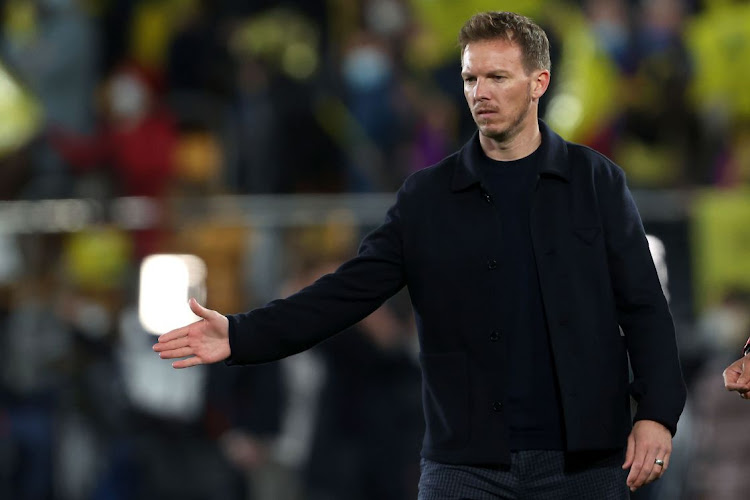 Bundesliga leaders Bayern Munich will edge closer to their 10th consecutive league crown with a win over Augsburg on Saturday and are also seeking to repair their wounded confidence after their first Champions League loss of the season this week.

The Bavarians are provisionally nine points clear of Borussia Dortmund with six matches remaining but last week’s 4-1 victory over Freiburg still hangs in the balance following an appeal over a substitution mix-up.

Should the German FA sports court award the game to Freiburg, as the rules stipulate, Bayern’s lead would shrink to six points with a clash against Dortmund to come later in April.

Bayern coach Julian Nagelsmann has rejected suggestions that the mix-up, in which Bayern played with 12 players for several seconds, and the subsequent Freiburg appeal have dampened the atmosphere in the dressing room.

But they looked far from their best when they lost 1-0 at Villarreal on Wednesday in the Champions League quarterfinal first leg. Villarreal, who also hit the post, outclassed the Germans and were unlucky not to score more than one, putting the pressure firmly on Bayern for the return leg in Munich.

“We did not play the way we would have liked,” Bayern’s Thomas Mueller said. “No power in attack, very few chances.”

Mueller knows they need to switch gears even before next week’s return leg if they are not to risk their main goal of the season — winning the German championship. Victory over Augsburg would also be Mueller’s 300th in the Bundesliga, a record for an outfield player.

“We will pull ourselves back and on Saturday we want to win in the Bundesliga and take it from there,” he said.

But with Dortmund playing on Friday at VfB Stuttgart, Bayern’s lead could be cut before their match on Saturday, piling more pressure on Nagelsmann’s side.

Augsburg, who beat Bayern 2-1 earlier in the season, are brimming with confidence having heaved themselves out of immediate relegation trouble with two consecutive victories, including Wednesday’s 2-1 win over Mainz 05. They are now 13th on 32 points, six off the relegation playoff spot.