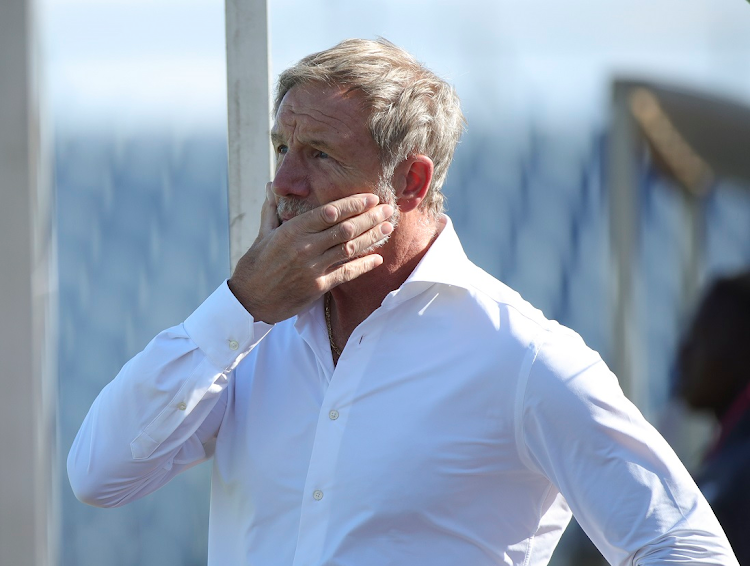 Kaizer Chiefs coach Stuart Baxter says he cannot predict the reception from Amakhosi fans when they return to the stadium next week for the first time in more than two years‚ but he hopes it will be one of unfettered support‚ love and peace.

Chiefs are headed for a seventh season without a trophy. The last time they won silverware was when Barack Obama was US president.

Crowds of 50% capacity have been allowed back at sports stadiums after the easing of Covid-19 regulations‚ and Chiefs will get to salute their fans at FNB Stadium on April 16 when they host SuperSport United.

With all that has been happening at Naturena‚ it is anyone’s guess how the team will be received by fans over and above the excitement of seeing their stars in the flesh after so long.

Chiefs’ first-round exit in the Nedbank Cup at the hands of battling Galaxy in February‚ together with Baxter’s insistence on a defensive set-up and his reliance on older players over promising youngsters since his return in June, have not yielded results and rubbed Chiefs fans up the wrong way.

“It’s impossible for me to second-guess how happy the fans are to get back into the stadium‚” the Briton said. “I believe we’ve got good fans. I believe we’ve got loyal fans and I can imagine they’re desperate to get in and try to be that extra player.”

Baxter was quick to point out that the Covid-19 outbreak at the team’s Naturena training base in December that led to Chiefs not honouring two PSL fixtures‚ and uncertainty about when those matches will be played‚ have also contributed to the team blowing hot and cold.

The coach gave his reasons why Chiefs have struggled to get within touching distance of Sundowns.

“Maybe one of them is the uncertainty of not knowing whether we would play those games. As we speak, we still don’t know.

“We do the best we can with the schedule we’ve got and if we get to play those games, we will go for the six points.”

The two games in doubt‚ which Chiefs failed to honour in December‚ are the subject of a court case brought by the PSL after Amakhosi won an arbitration for them to be played.

Baxter says Parker does not get the praise he deserves

Baxter says Parker does not get the praise he deserves