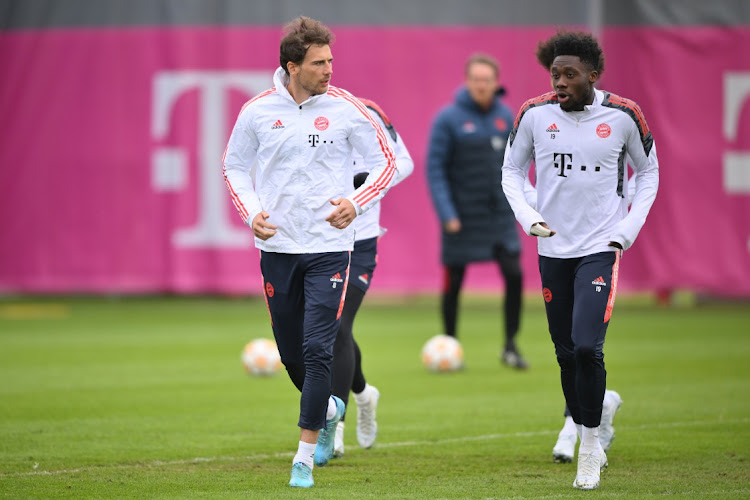 Bayern Munich defender Alphonso Davies could start against Villarreal in Wednesday’s Champions League quarterfinal first leg after recovering from a heart problem that had sidelined him for more than three months, coach Julian Nagelsmann said on Tuesday.

The Canadian has been sidelined since early January after being diagnosed with a minor heart condition following a Covid-19 infection. He last played in a competitive game on December 17 but could be in the starting line-up on Wednesday.

“He will be coming with us,” Nagelsmann told a virtual news conference before the team’s departure for Spain. “His last test was very positive. So he will travel with us and he could start tomorrow but we will have to see today and tomorrow. But it is possible.”

The Bavarians, top of the Bundesliga and unbeaten in the Champions League this season, are the clear favourites going into the tie with the Spanish side suffering a shock 2-0 defeat at relegation-threatened Levante in LaLiga to remain in seventh place.

Nagelsmann, however, warned that could make them especially dangerous in the European competition.

“If you listen to the words of [Villarreal coach] Unai Emery, then the Champions League is for him something of a bonus,” Nagelsmann said.

“They are totally below expectations in the league and are in seventh place and now they lost to Levante. They know they have to qualify for Europe next season and cannot assume they will win the Champions League.

“So I think they will be pretty free in the way they will play against us. They will not have the pressure that we will have but my players can handle that because we have to live up to our [favourites] role,” he said.

Nagelsmann said Villarreal, who won the Europa League last season, were by no means a team to be underestimated at this stage of the competition.

“Villarreal have a coach with a lot of experience at winning on the international stage. The team are very experienced and we will need to figure out how to break them down,” he said.

The return leg is in Munich on April 12.