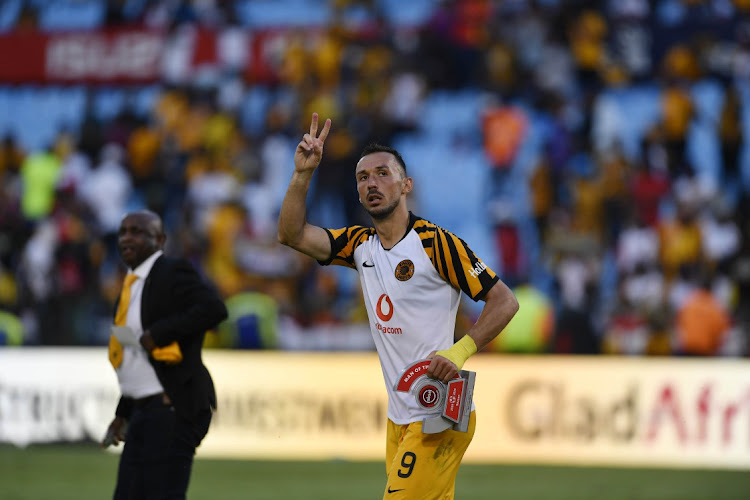 Kaizer Chiefs striker Samir Nurkovic says he cannot wait to have the club’s supporters back in the stands and is happy that it will happen just after having broken his goal drought.

The Serbian‚ who has been troubled by injuries this season‚ scored his first league goal this term in Chiefs’ 3-1 Premier Soccer League (PSL) win over Chippa United in Gqeberha on Saturday.

Nurkovic was the top scorer for Chiefs with 12 league goals when they came close to winning the championship in the 2019/2020 season — his debut campaign in SA — but was not at his best last season and started the current campaign sidelined by injury.

Chiefs face TS Galaxy at FNB Stadium on Tuesday night where victory will take them to second place and 10 points behind log leaders Mamelodi Sundowns.

Nurkovic said it is vital for Amakhosi to win the TS Galaxy match ahead of another home league game on April 16 against SuperSport United‚ where Chiefs will have their supporters in the stands for the first time in more than two years.

Government regulations for Covid-19 have been eased to allow up to 50% of capacity crowds in sports venues.

“I can’t wait to have the supporters‚ the Amakhosi family‚ back in the stands‚” said Nurkovic‚ who opened the scoring on Saturday before his goal was cancelled out by Chippa’s Bienvenu Eva Nga before the break.

Keagan Dolly and Cole Alexander came on in the second half and scored Chiefs’ two winning goals.

“The fans are always our 12th man and provide extra motivation for us on the field. As soon as we get them back in the stands things will be much better for us.”

Nurkovic was pleased at how Chiefs executed their plans for Saturday’s game.

“Obviously the team was well-prepared and we did everything as planned. I’m also very happy to again be on the score sheet. We just have to continue with this fighting spirit and this kind of performance and everything will be fine for us.”

Even with a goal under his belt‚ Nurkovic cautioned Chiefs’ supporters not to expect him to start banging in goals regularly right away.

“First of all, we have to be realistic because I’ve been through some challenging times after surgery. But I was working hard on my physical and mental state.

“I think everything is coming right again and I just want to do my best in every game and to help the team in the best possible way.”