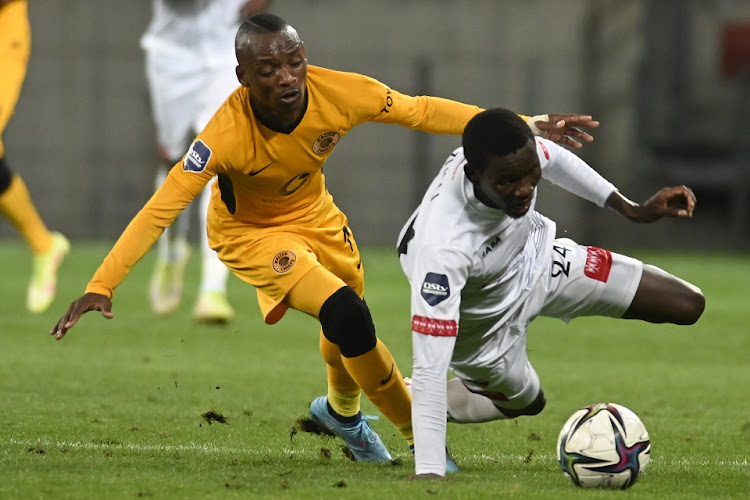 Kaizer Chiefs coach Stuart Baxter is hoping his players maintain their focus and build consistency as they look to finish in a respectable position at the end of the season.

Amakhosi earned a 3-1 victory away to Chippa United in Gqeberha on Saturday to keep their chances alive of at least finishing second in the Premier Soccer League to claim a spot in next year’s Caf Champions League.

Striker Samir Nurković and substitutes Keagan Dolly and Cole Alexander scored Amakhosi’s goals while Eva Nga scored his 10th league goal of the season, a consolation one for relegation-threatened Chippa.

“We’re chasing the best position we can get,” Baxter said after Saturday’s game in which injury-troubled Nurković scored his first league goal this season.

“We don’t know how high we can finish but what I do know is that if we keep on playing properly and keep winning, we’ll be in a good place in the end.”

Baxter hopes the win will change his players’ attitude towards matches and give them a belief that they are capable of finding consistency, something they’ve lacked this campaign.

The Chiefs mentor will be looking to see the focus he is talking about coming through in his players when Chiefs host TS Galaxy at FNB Stadium on Tuesday. A win will send Amakhosi into second spot, 10 points behind log leaders Mamelodi Sundowns.

“Be aware of the man with nothing to lose. That’s what my father used to tell me,” Baxter said of Galaxy, a team that knocked Chiefs out of the Nedbank Cup this season.

“They know they put us out of Nedbank. We’re still smarting, so we’ll be going for it and they’ll be in revenge mode themselves [after their 4-1 loss to Royal AM at the weekend]. So I’m sure it will be a difficult game for both teams.”

Baxter was happy with how his charges reacted after Chippa cancelled their first-half lead on Saturday.

“I’m delighted with the three points and it means we can now keep kicking on and be a bit optimistic. The win puts pressure on everybody else as well to take their points.”