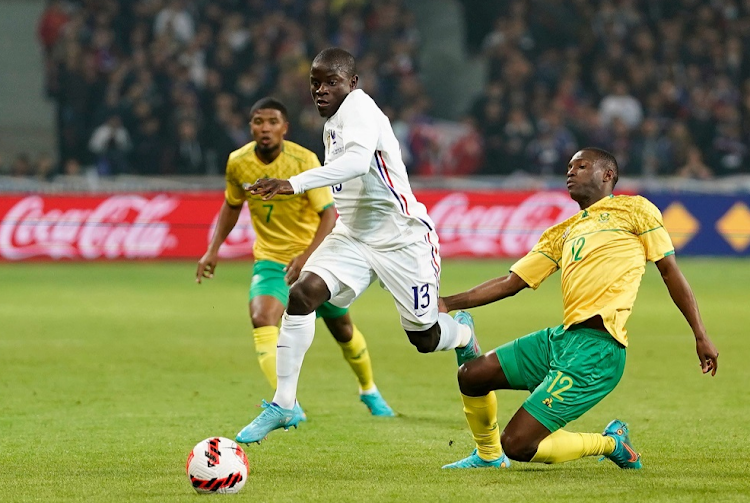 It seemed revealing that Bafana Bafana coach Hugo Broos could only admit, as he had warned before the game, that there was a gulf in class between his team and France, who powered to a 5-0 friendly win in Lille on Tuesday.

Even Broos, with his prematch cautions that the result was not important and the experience gained for his players was, would have hoped for a less one-sided match.

A coach of his experience, though, knows that in rebuilding Bafana, they are many steps behind the 2018 World Cup winners warming up to defend their title in Qatar in November with unqualified intensity, even with goals under their belts, at the packed Stade Pierre-Mauroy.

“We knew before the game there was a difference in level between the two teams. But for us, as I said before, the result was not important, it was the experience,” Broos said.

“And we fought for it. We did what we had to do. But OK, when there is such a difference in quality it can happen that you lose a game with such a result.

Broos said even with the scoreline, his side fought and displayed a willingness for teamwork in the face of the onslaught.

“I saw new players in the team. That was important for me for the [Africa Cup of Nations] qualifiers in June,” he said of the positives gained.

“And I also saw a team. Even with the difficulties, and there were many, it was still a team until the end, and this is important too.

“The boys fought for it. Like [striker Lyle] Foster — it was difficult for him, but he played a good game.

“There were a few others who played a good game. And I can see there is more quality now than we had six, seven months ago, and that we are ready for June.”