Lack of goals is becoming an issue for the team 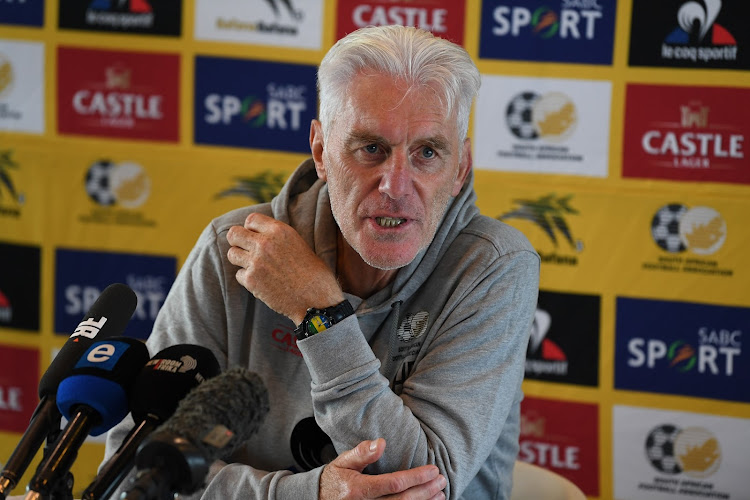 SA dominated Guinea in Kortrijk‚ Belgium‚ in the first of two friendlies in Europe that are a crucial part of the build-up to the start of the 2023 Africa Cup of Nations qualifiers in June.

Bafana are unlikely to enjoy as much freedom against the superstars of Les Bleus at the sold-out 50‚000-seat Stade Pierre-Mauroy (9.15pm SA time)‚ home of Ligue 1 outfit LOSC Lille. Hugo Broos‚ though‚ was encouraged by what he said is a progression‚ including some strong additions in playing personnel against Guinea.

“I think we had a good performance. I saw a good game‚ I saw a good mentality. The only negative was that we didn’t score‚” Broos said.

“When you have six‚ seven‚ eight good chances you have to score once or twice. But for the rest — the performances of all the players; the way they played‚ because it was a friendly but we didn’t see that and they tried to win — I’m happy with the performance.

“The positive is that we created chances and that was something we didn’t always do in previous games. We played good football. We were good in defence.

“I’m happy. We started in September with a young team and we did well [in the 2022 World Cup qualifiers]‚ but that stupid goal [contested penalty against Ghana] killed us.

“And now we are continuing to build and we have to be ready in June. And if we go on progressing like this I am sure we will be ready for June.”

Broos‚ though‚ has a problem that has plagued all Bafana coaches of the past 15 years — SA’s notoriously poor finishing. “It’s difficult — how do you fix that? It’s up to the players‚” the coach said.

“You can only give them confidence — certainly the strikers. And not to talk too much about that because otherwise it’s in their heads.

“I mentioned it in the postmatch meeting. But that’s all. And they know it too‚ that with the chances they had we had to score. We can give them exercises‚ we can give them confidence. But in the end it’s the players themselves who have to score.

“We know that in SA we don’t really have a top scorer — one guy who needs only one chance and scores. It’s something lacking. But it’s also about confidence. We need a game where the strikers score and it will be OK. But at the moment it’s a problem.”

France reportedly have N’Golo Kanté back from the personal issues that kept Chelsea’s midfield enforcer out of their 2-1 win against Ivory Coast in Marseille on Friday.

Bafana short several players in warm-up ahead of Guinea friendly

Bafana short several players in warm-up ahead of Guinea friendly