MOGAMAD ALLIE: Klopp shows just what a good man-manager he is 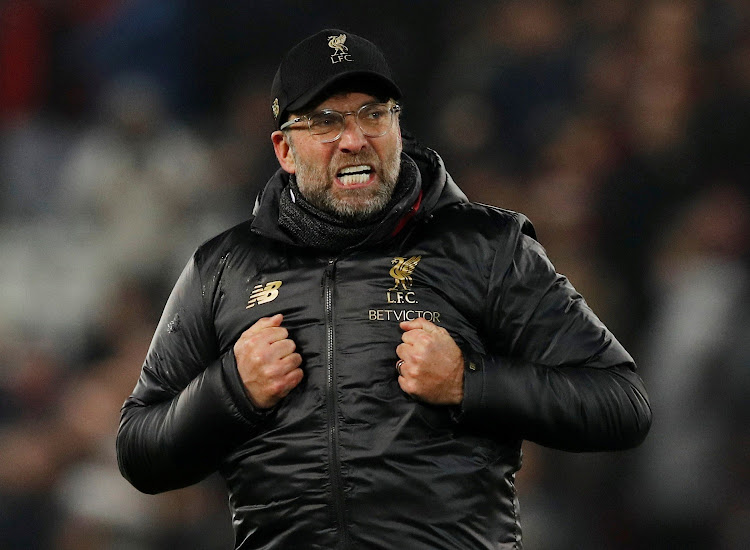 Such is the respect the German has for the passion the game evokes in Africa that he was prepared to put on the line his own team’s fight for a semifinal place in the FA Cup by resting his two star performers, Sadio Mane and Mohamed Salah, ahead of the pair’s crucial World Cup playoff games this week.

Klopp is well aware of the importance of Salah to Egypt’s chances of qualifying for a second successive World Cup and wasn’t prepared to risk the minor foot injury carried by his talisman for last Sunday’s quarterfinal clash against Nottingham Forest. If he wished, the Liverpool boss could easily have risked his top scorer by asking him to play through the pain barrier for the cause of the team. He didn’t.

Fully aware of what it means to the people of Egypt and Senegal for their teams to qualify for Fifa’s showpiece event, Klopp displayed Solomonic wisdom by also wrapping Mane in cotton wool to preclude any possibility of him picking up an injury.

“In that moment [Salah’s injury] it was clear that we will not use Sadio for the game because the game [the World Cup playoff] is too big in Africa,” the Liverpool manager told reporters after his team’s victory over Notts Forest.

Imagine the outcry, particularly in Senegal, if Mane were to have been summoned into FA Cup action and then picked up an injury that would have ruled him out of the two-leg tie.

If Klopp had to defend himself against the wrath of critics for his ironic reference last November to the Africa Cup of Nations as being “a small tournament”, imagine the massive flames he would have had to douse if Senegal had to miss their star player through injury.

If he wasn’t aware of the healing and reconciliatory powers of football in Africa, Klopp would certainly have become wiser after witnessing, albeit from afar, the huge celebrations in Dakar when the victorious Senegalese team returned home from their first Nations Cup triumph.

It made sense for the German to allow Mane an extra few days off to celebrate with his compatriots.

The latest gesture again emphasises what a top man-manager Klopp is. While Premier League clubs such as Crystal Palace, Chelsea and Watford organised special celebrations for Cheikou Kouyate, Edouard Mendy and Ismaila Sarr on their return from Senegal’s historic success in early February, Mane slipped quietly into Liverpool without even a hint of any fanfare.

The reason was that the club wanted to show respect and empathy for Salah, who was in tears after seeing his team suffer the heartbreak of losing the final against the Lions of Teranga in a penalty shootout.

While the repeat of February’s Afcon final between Egypt and Senegal may be the most eye-catching of the five World Cup qualifiers, the other four clashes offer some interesting possibilities as to who will be Africa’s flag-bearers in Qatar in November.

Mali, who face Tunisia, are the continent’s sole potential tournament debutants as they seek to become only the 14th different member of the Confederation of African Football’s 54 affiliates to appear at the World Cup.

With due respect to the Carthage Eagles, it will be refreshing to see the West Africans, who represent one of the world’s poorest countries, appear on the global stage.

Similarly, it will also be good to see the Democratic Republic of Congo return to the World Cup after a 48-year absence. The Leopards, who played at the 1974 tournament under the flag of dictator Mobuto Sese Seko’s Zaire, will have it all to do, though, against a strong Morocco side coached by the experienced Vahid Halilhodzic.

The West African derby between Ghana and Nigeria, seeking a fourth consecutive World Cup appearance, is bound to be a spicy affair as the rivalry between the two former British colonies is fierce in virtually all spheres of life.

Nigeria start as favourites but it will be foolish to write off Ghana, who have appointed former Ireland international Chris Hughton as their technical adviser.

Given the controversy surrounding the Black Stars’ elimination of Bafana Bafana from the qualifiers, it would be safe to assume SA football followers will savour a Super Eagles victory.