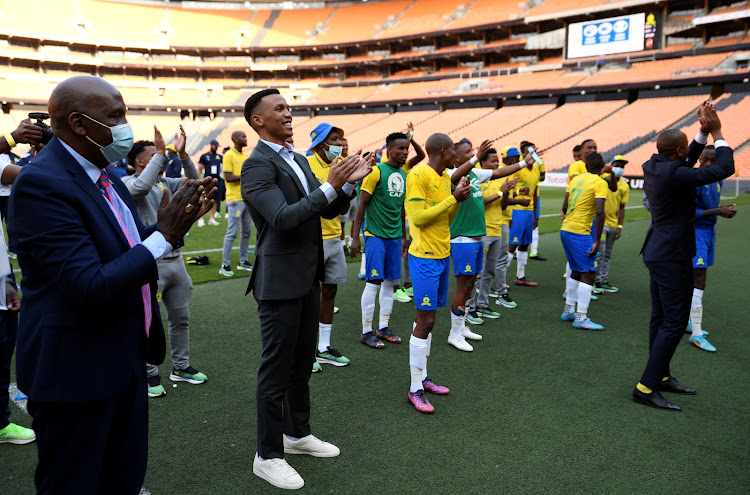 Mamelodi Sundowns say they will investigate an incident in which the club’s fans allegedly blocked the Al Ahly team bus en route to FNB Stadium on Saturday ahead of their Caf Champions League clash against the SA champions.

The club said it would work with police to identify fans who were involved if the claims, made by Ahly through a statement on their website after their 1-0 defeat at the weekend, prove to be factual.

The Egyptian giants said they registered an official complaint with the match commissioner, alleging Sundowns fans accosted and stopped their team bus near FNB Stadium on Saturday.

“Al Ahly SC officials registered an official complaint to the commissioner of our game against Mamelodi Sundowns following the incidents that happened to our delegation on the route to the FNB Stadium, the venue of the match,” the club's statement read.

“Mamelodi Sundowns fans stopped the bus carrying Al Ahly’s first team while en route to FNB Stadium for the game against Mamelodi Sundowns, scheduled at 3pm. In the end, our team had to take another route to the stadium, which forced us to arrive late ahead of this important game.”

Sundowns released a statement a day after the match and said they are concerned about circumstances of the Ahly team bus delay.

Sundowns said they have contacted police after they received information regarding the alleged incident.

“Sundowns has initiated an investigation and has also contacted the police to determine the facts and circumstances that resulted in the statement which appears on the Al Ahly website relating to the delay of the Al Ahly convoy at the FNB stadium by certain spectators.

“Sundowns will take strong disciplinary action, including preventing irresponsible supporters from attending future matches, if the complaints by Al Ahly are factually justified.”

Pitso Mosimane says “they insulted me & my mother, I know who did this & who instigated them. Even before I came to SA people told me about what was planned against me”. He must reveal their names & they must be dealt with. Why is Sundowns silent though? pic.twitter.com/7J2okZbr64

In May last year, some supporters hurled insults at Ahly coach Pitso Mosimane, a former Sundowns coach, when the Red Devils team bus made its way into Lucas Moripe Stadium for a Champions League quarterfinal second leg match.

Sundowns took their time to release a statement to condemn the appalling conduct of their supporters, but the 2016 African champions offered a swift response this time.

With Ronaldo hat-trick, Brady witnesses another GOAT defy the years