Rice on the boil at Old Trafford 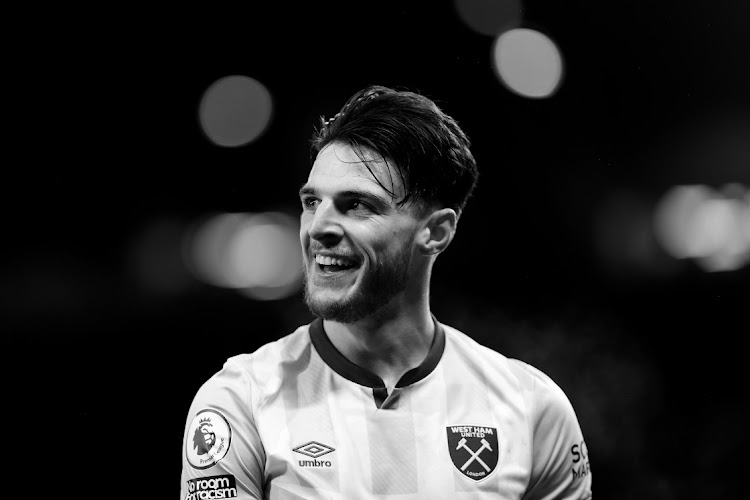 London — Declan Rice produced a five-star performance for West Ham in the London club’s defeat to Manchester United at the weekend, and in doing so would have caught the eye of the management at Old Trafford.

It was the kind of dominant midfield performance that has been lacking at Manchester United, and Rice might be the perfect fit if United want to challenge Manchester City, Liverpool and Chelsea next season.

Rice impresses at Old Trafford: With West Ham United’s top-four challenge perhaps fading, fans will be nervous about the prospects of Declan Rice still being at the club next season.

The 23-year-old was the best midfielder on the pitch on Saturday as West Ham went down 1-0 to Marcus Rashford’s last-gasp winner for Manchester United at Old Trafford.

England international Rice, playing in a holding role but also involved in some of West Ham’s best attacking forays with his ability to carry the ball and distribute simply and effectively, looks exactly the kind of player United need.

With United’s midfield still struggling to control games, Rice could be on the radar of United’s hierarchy as they seek to close the yawning gap on Manchester City and Liverpool next season.

Lucky Liverpool taking high-line risk: Up 2-0 and cruising, Liverpool’s defence almost came unstuck in the second half away to Crystal Palace as the hosts finally got their timing right.

The Eagles beat Liverpool’s offside trap time and again as they chased the game, and only Alisson Becker’s man-of-the-match display between the posts saved them from dropping points in what turned out to be a 3-1 win.

The signs were there in the first half too as sloppy passing at the back offered Palace a number of easy chances.

Liverpool’s chances of catching Premier League leaders Manchester City may have faded, but if they are to stage a miraculous comeback they’ll need to be a lot tighter in defence than they were at Selhurst Park on Sunday.

After a gruelling run of 16 games in various competitions since December 1, with none of the Covid-19 postponements that have given other clubs a breather, the Blues now have a chance to recover.

Their next Premier League game is not until February 19, a longer break than for others due to their participation in the Club World Cup in Abu Dhabi.

Tuchel said his players had used the prospect of a rest to focus on the job against Tottenham Hotspur, who they beat 2-0 on Sunday.

But he knows they can’t put a foot wrong on their return to league action if they are to have any chance of reeling in leaders Manchester City, who are 10 points clear of the Blues.

“We will never give up. We will also need to be realistic,” Tuchel said. “It’s not in our hands any more. It’s even more important to focus on us.”

Current crop could still save Newcastle: Since Newcastle’s Saudi-backed takeover, there has been much interest in the club and how much money they will spend in the January transfer window to give them the best possible chance of staving off relegation.

So far, two signings have come in, fullback Kieran Trippier and striker Chris Wood, with a host of other names linked with a switch.

But against an in-form Leeds side on Saturday, Eddie Howe’s current crop worked hard to secure a 1-0 success — just their second victory of the season — moving them to within a point of 17th, as several old faces, such as match-winner Jonjo Shelvey, impressed.

Howe emphasised after the match that while the club planned to be active in the transfer window, it is important to get the right signings in, with the new boss buoyed by his team’s performance in earning a crucial three points.

Wolves maintain push for Europe: Bruno Lage’s high-flying Wolverhampton Wanderers extended their unbeaten run to six games in all competitions after a 2-1 victory in an eventful match at Brentford.

Wolves, who finished 13th last season, have started a calendar year with three consecutive league victories for the first time since 1994.

The Midlands club are looking strong in their pursuit of European qualification, sitting eighth in the table after 21 matches.

“We’re not far away but our target is to play game by game,” midfielder Joao Moutinho told the BBC. “It’s important because we know in this league every game is important. We can lose, draw, or win no matter the team.”