Heavy going for managers of United and Chelsea 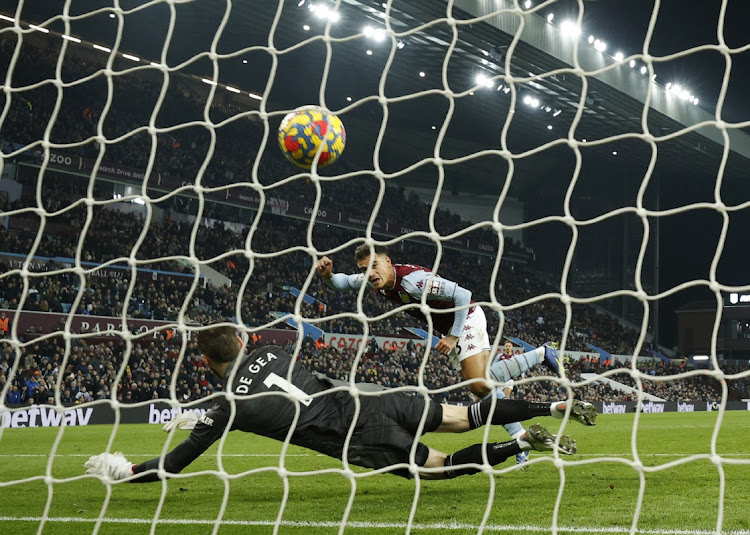 Manchester United let slip a two-goal lead against Aston Villa at the weekend with Villa manager Steven Gerrard getting one over his United counterpart, Ralf Rangnick.

The United interim boss failed to respond to Gerrard’s change in formation, which led to Villa securing a 2-2 draw.

Another manager battling to adjust is Chelsea’s Thomas Tuchel who publicly criticised striker Romelu Lukaku after the 1-0 defeat at Manchester City. It seemed the pair had kissed and made up after Lukaku’s recent outburst on Italian television, but at the weekend Tuchel highlighted the striker’s poor performance.

Rangnick pays for failure to adjust:
At 2-0 up at Villa Park, Manchester United looked comfortably in charge but Rangnick failed to adjust his formation or personnel to cope with Aston Villa’s response.

Rangnick’s narrow formation wasn’t working but he didn’t make the changes needed to neutralise the threat from Villa, who went on to take a share of the points.

The Lukaku-Tuchel trouble lingers for Chelsea:
The fallout from Lukaku’s interview with Italian television appeared to have ended when the Belgian made a public apology for his critical comments, but the tension resurfaced on Saturday.

Tuchel was quick to criticise Lukaku’s display in the 1-0 defeat to Manchester City with the kind of comments on an individual player performance that managers usually avoid.

“He had many ball losses in very promising circumstances. He had a huge chance. Of course we want to serve him but he is part of the team, and the performance upfront, he can do much, much better,” said Tuchel.

Tuchel’s body language on the touchline throughout the game reflected his frustration with his team’s performance as he waved his arms and turned his back on the field after several mistakes.

The smiling, positive Tuchel of last season, when he transformed Chelsea into eventual Champions League winners, has been replaced by a manager who appears far from happy with how his team is progressing this season.

Newcastle need to fix dismal defence:
The opening of the transfer window has made little discernible difference to Newcastle United, who continue to find new ways to throw away leads against even the most modest opposition.

It felt almost inevitable that Claudio Ranieri’s Watford would somehow fashion an equaliser against a Newcastle side that has conceded the second-highest number of goals in the league (43) this season.

The nature of Joao Pedro’s goal will add insult to injury for Newcastle’s long-suffering fans, as the Brazilian was somehow allowed to jump and head home in the penalty area at such a crucial time in the game.

Purchases such as Chris Wood may eventually contribute to Newcastle scoring goals, but it is their leaky defence that keeps costing them, and time is running out for Eddie Howe to plug those gaps.

After losing their opening three league matches, Bruno Lage’s team have bounced back with improved results and sit eighth in the table.

Wolves have picked up 31 points from 20 games this season, marking their best return at this stage of a top-flight campaign since 1979/1980 when they finished in sixth place. “I’m proud of the boys. They work hard every day and they try to go with my ideas,” Lage said.

West Ham feeling the pace:
West Ham United may never have a better chance of finishing in the Premier League’s top four but on the evidence of Sunday’s 3-2 defeat at home by Leeds they need reinforcements in the January transfer window.

Manager David Moyes said fatigue had played a huge part in a defeat, which scuppered West Ham’s hopes of opening up a five-point gap ahead of fifth-placed Arsenal.

Yet the Scot played down talk of adding some depth to the squad — insisting the squad he has is good enough.

“Extra bodies don’t count for anything. It is like a sugar rush but eventually it wears off,” he said. “You are better off trying to get the right players and, if not, sticking with what you have got.”

The West Africans, hit by six positive cases before the Afcon tournament, are now heavily weakened for their opening match against Zimbabwe
Sport
4 months ago
Next Article