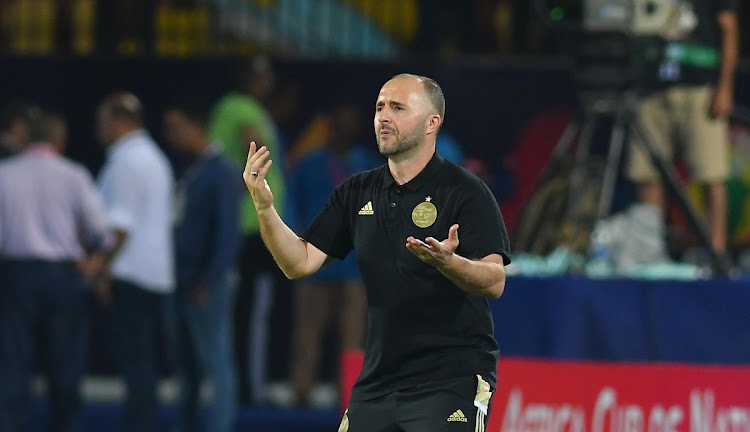 Douala — Algeria begin the defence of their Africa Cup of Nations title on Tuesday as they chase down the record for the longest unbeaten run by a national team.

Algeria go into their Group E clash against Sierra Leone in Douala undefeated in their last 34 internationals and threatening the mark that Italy set in 2021 (37 games).

They have not lost since Benin beat them in a Cup of Nations qualifier before the 2019 finals, which Algeria went on to win.

The run does not include participation in the African Nations Championship, which is the competition for national teams made up solely of home-based players and where Algeria enters with a B team, as they did in winning last month’s Arab Cup in Qatar.

The full national side under coach Djamel Belmadi have 26 victories and eight draws since their last loss in October 2018 and compete at this month’s Cup of Nations as one of the fancied teams.

“We are the title holders and we are approaching the competition with ambition, because we want to make our people happy,” Belmadi said on the eve of the tournament’s kickoff in Cameroon.

But he conceded that Algeria, who also have Equatorial Guinea and the Ivory Coast in their group, would be targeted by other teams.

“The pressure on the title holders can only be a positive. When we went to the last Cup of Nations finals in Egypt, we were considered a team without much chance. But we won the trophy and everything was different, the respect was palpable,” Belmadi added.

“We are aware of this, and we want to stay up high, we want to be the best.

“There is no easy path in the Cup of Nations. There is a chance you get to the quarterfinals and you are up against one of Mali, Nigeria, Tunisia or Egypt, which would be like an African cup final.

“Egypt, for example, has a world-class Mohamed Salah, even if he has not had the same form for his country [as he has with his club Liverpool]. Such a player can change the face of a team on his own.”

Italy went 37 games without defeat from October 2018 to October 2021 when they lost 2-1 to Spain in the Nations League semifinals in Milan.

Their unbeaten streak included success in the 2021 European Championship.

The West Africans, hit by six positive cases before the Afcon tournament, are now heavily weakened for their opening match against Zimbabwe
Sport
5 months ago