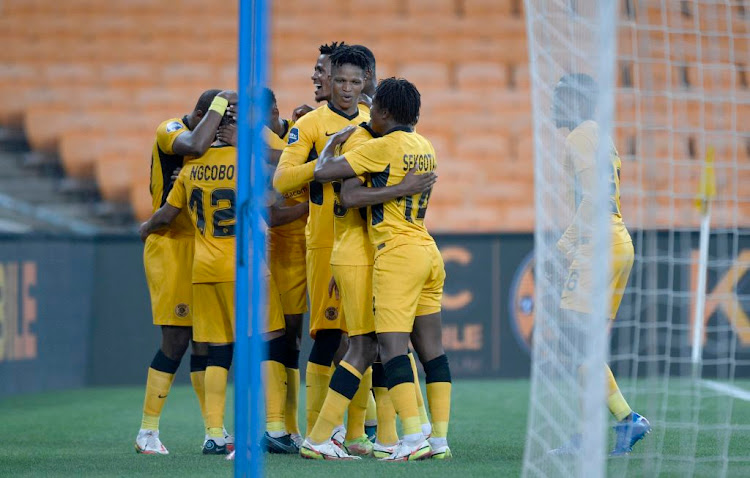 Kaizer Chiefs will be desperate to avoid a repeat of the humiliation they suffered to Royal AM. Picture: SYDNEY MAHLANGU/BACKPAGEPIX.GALLO IMAGES

Memories of their humiliation by newcomers Royal AM in September are fresh at Kaizer Chiefs and Happy Mashiane has admitted the bitter taste of embarrassment continues to linger several months after the shock 4-1 defeat at FNB Stadium.

It was an evening to remember for Royal as they mercilessly dragged a dazed and befuddled Chiefs the entire length of the 2010 World Cup venue like a rag doll for long periods before finally putting their punch drunk hosts out of their misery in clinical fashion.

The two sides meet again in the corresponding league fixture on Sunday, this time at Chatsworth Stadium, and Mashiane conceded a similar outcome in Durban is unthinkable.

“Ja, regarding the game we played against Royal AM in the [first round], that was not a nice feeling. It was an embarrassment for us because we know very well that we are playing for a big team. We cannot concede four goals at home,” said Mashiane.

“But now going to them [in Durban], we have to fight so the same thing does not happen twice. We are ready for the Durban game.”

Mashiane, like several other fringe players in the Chiefs squad, has seen little action under head coach Stuart Baxter this season. But with the Briton sidelined and forced to spend time in the sick bay due to the Covid-19 outbreak that brought the Naturena club to its knees recently, Mashiane and many others have been given a rare opportunity to impress by stand-in coach Arthur Zwane in the absence of the first-team regulars.

Mashiane, Nkosingiphile Ngcobo, Njabulo Blom and many others grabbed the opportunity with both hands and gave a good account of themselves in the Naturena club’s comfortable 2-0 win against Sekhukhune United last weekend.

“Playing [again] is a nice feeling,” he said. “It has been a while and I am glad I managed to get some minutes. It is something that I have to be more consistent on and I have to work hard so that I can get more game time.

“So I have to make sure I leave a mark whenever I get a chance to play.”

Royal AM, which is an amalgamation of Bloemfontein Celtic and the Royal team that played in the GladAfrica Championship last season, began life in the top-flight of the Premier Soccer League only in August.

The club earned their place after flamboyant businesswoman Shauwn Mkhize succeeded in purchasing the status of Celtic, and she also managed to sell Royal’s first-division status to Tshakhuma Tsha Madzivhandila owner Lawrence Mulaudzi in the same week.

Few expected the newcomers to dominate Chiefs in their own FNB Stadium backyard in September so soon after their ascent to the top-flight and given that they will be playing at their home ground in Durban on Sunday, Royal should arrive at Chatsworth with their tails up and confident of repeating the trick.

Chiefs are second on the standings after 14 games and while leaders Mamelodi Sundowns have played two games more than the Naturena side, the Johannesburg club are still 15 points behind the rampant champions from Pretoria.

Third-placed Royal have played one more game than Chiefs and are two points behind Amakhosi.