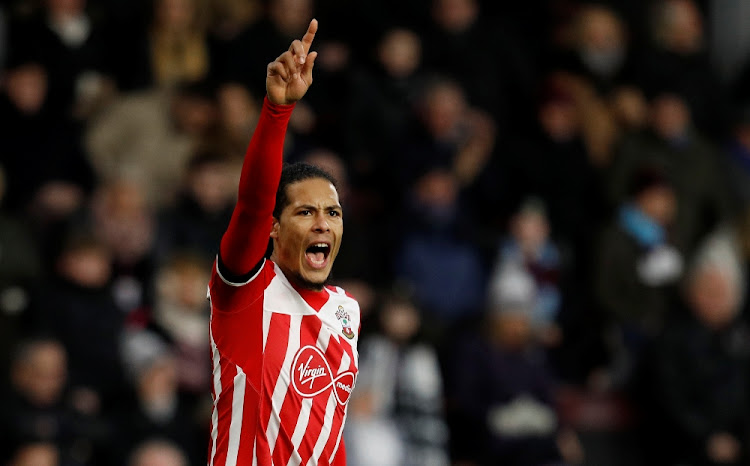 Liverpool defender Virgil van Dijk was unlucky to suffer a serious knee injury in last season’s Merseyside derby against Everton but has bounced back brilliantly this term, manager Juergen Klopp said before the teams meet again on Wednesday.

Van Dijk sustained an anterior cruciate ligament (ACL) injury after a reckless challenge by goalkeeper Jordan Pickford during the match in October 2020, which required surgery and sidelined him for the rest of the season.

“We are all human beings so it’s probably difficult to ignore something like that [the injury],” Klopp told reporters on Tuesday. “The situation wasn’t [one] that can always happen in football ... but Virgil is very experienced.

“He has to be completely free of all things that he could have in his mind because of one issue in the past ...  he has come back brilliantly [this season]. He had a full preseason which is absolutely helpful.

“Three games in a week, he looked fine but we gave him a break ... some things are not exactly what they used to be, but that’s only a matter of time because of his quality.”

Liverpool are third on 28 points, 13 points ahead of their local rivals Everton who are languishing in 14th spot. However, Klopp said Liverpool will treat Wednesday’s derby at Goodison Park like any other match.

“We know there are some special things around derbies but it’s a football game as well, that’s how we approach it,” he said.

Manchester City will take a late call on whether to include forward Jack Grealish in the squad for Wednesday’s trip to his former team Aston Villa while playmaker Kevin De Bruyne has yet to train after having Covid-19, manager Pep Guardiola said.

England international Grealish, who joined City in August for a fee of £100m, has missed the past three matches in all competitions because of an unspecified injury. With Belgian De Bruyne expected to miss the Premier League match at Villa, second-placed City might have to look elsewhere for a creative spark against Steven Gerrard’s side.

“Kevin didn’t train. He’s negative the last test but didn’t train any session. Jack trained yesterday and today will be tested to see if he can travel,” Guardiola said.

Golf legend says full-time golf will be too hard, but he would try ‘pick and choose’ competitions
Sport
8 months ago