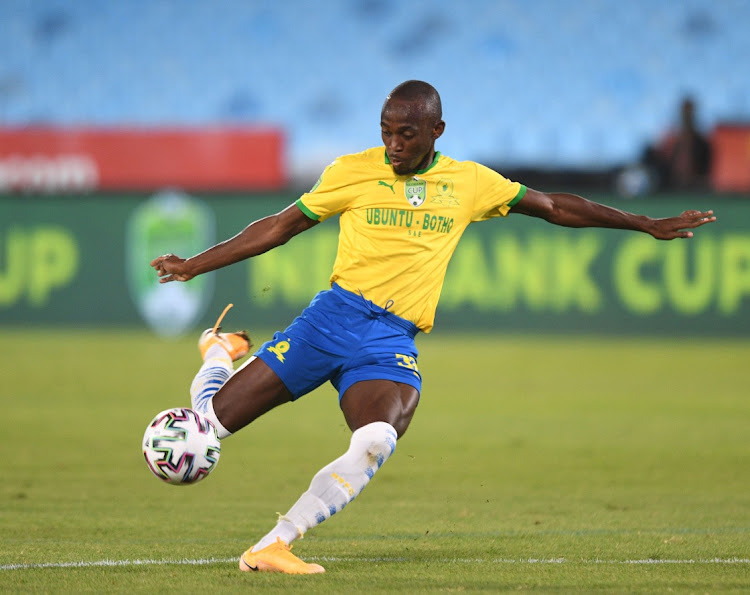 There seems to be no stopping the well-oiled Mamelodi Sundowns football machine.

Fresh from winning a record 20th Premier Soccer League (PSL) trophy to go one clear of Kaizer Chiefs, the Brazilians beat Maritzburg United 1-0 in a league match at the Loftus Stadium on Wednesday.

Sundowns, who have a game in hand on Stellies, battled to find their usual smooth passing game against Maritzburg, dominating possession but failing to have a single shot on target in the first 45 minutes.

But credit should be given to Maritzburg coach Ernst Middendorp for organising his troops in such a way that they were not hurt by the home side’s fluid attack, which had produced 11 goals without conceding any in their previous five league matches ahead of this clash.

Maritzburg attempted to create a number of chances of their own with the limited possession they had in the first half. But the Sundowns defence, with goalkeeper Reyaad Pieterse and left back Divine Lunga two of the five changes from the team that won the MTN8 Cup at weekend, didn’t allow the visitors to have a clear shot at goal.

Zwane did find Safranko with a defence-splitting pass a few minutes after the restart, but the Slovakian striker was denied by a brilliant save by Marcel Engelhardt in the Maritzburg goal.

Shalulile’s sixth goal of the season was a sublime strike, which the Namibian volleyed home after getting a magnificent cross-field pass from Man of the Match Naema in the 56th minute.

But once the Brazilians got going in the second half there was little doubt they would retain their top spot on the log as they go in hunt of a record fifth successive league title.

Sundowns have now gone 11 league matches without conceding a goal if the three final matches of last season are added to this campaign’s tally.

Some citizens are passionate about controversy, but in supporting teams or stars they are absent
Sport
1 month ago
Next Article