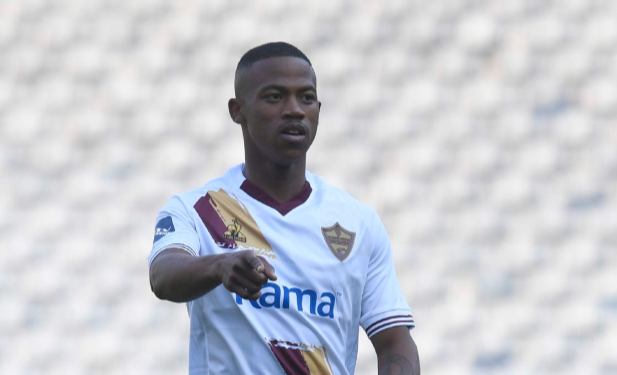 Kaizer Chiefs were muscled out of their Premier Soccer League (PSL) fixture against rugged, in-form Stellenbosch FC, capitulating to a 1-0 defeat at FNB Stadium on Tuesday.

Chiefs paid for allowing Ashley du Preez space, especially on a few occasions in the opening half, the dangerous striker’s 38th-minute strike ultimately separating the teams.

Stellenbosch (19 points) went level with Mamelodi Sundowns at the top of the log, kept in second place by goal difference, and they have also played two games more than the defending champions.

Chiefs came out brightly but faded quickly, Stellenbosch wresting the advantage and getting on the scoreboard. Stellies’ professionalism absorbing pressure and mostly containing Chiefs in the second half showed that the 13 matches unbeaten of coach Steve Barker’s organised outfit are no fluke.

Chiefs saw a run of four games unbeaten, including two impressive wins in succession — 4-0 at home to Chippa United and 2-1 away against SuperSport United — in their last two games, come to an end.

Amakhosi, as has been their tendency, again slipped up in a midweek match leading up to a Soweto derby, falling from sixth to seventh place as they prepare to meet Orlando Pirates in Saturday’s match against the old enemy at FNB.

Chiefs came out like a chess player with a few flash moves they thought might surprise the opponents and win the game early.

Khama Billiat’s free-kick from the left eluded the head of Sifiso Hlanti and had to be palmed wide by goalkeeper Sage Stephens, falling to Daniel Cardoso, who fired into the side netting.

Bernard Parker played a one-two with Cole Alexander down the left and forced a save from Stephens from a narrow angle.

Amakhosi, though, lost steam quickly. A pass from the halfway line from left-back Marc van Heerden found the run of Du Preez down the left channel, who could not get power on his shot to beat Daniel Akpeyi.

Just past the half-hour, Junior Mendieta cut in from the right struck hard from the edge of the box to have Akpeyi at full stretch.

The Cape team’s probing paid off when, in a familiar movement, Jayden Adams struck a pass up to Du Preez, who shrugged off the challenge of Cardoso, turned and hit a beautifully shaped drive into the top-right corner from the edge of the penalty box.

In the second half, Chiefs had possession and applied pressure, Keagan Dolly’s low strike from outside the box testing Stephens, and Stellies scrambling a dangerous Dolly corner clear.

But Amakhosi could have played from higher up the field, and committed more numbers forward against a Stellies side sitting deep.

With the clock winding down, Billiat produced skill from the left and drove over the bar and Stephens saved a shot from substitute Kgaogelo Sekgota at the end.

Some citizens are passionate about controversy, but in supporting teams or stars they are absent
Sport
9 months ago

Fans not among 2,000 allowed in for Sundowns vs City final

Fans not among 2,000 allowed in for Sundowns vs City final