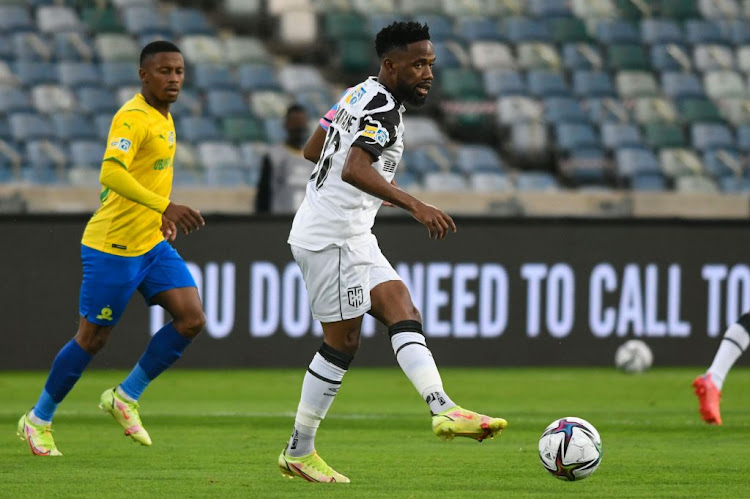 In-form Kaizer Chiefs attacker Keagan Dolly made the cut in the final 24 from Broos’s 36-man provisional squad named on October 26.

Pacy, hard-running forward Lakay, first drafted into the Bafana squad as a teen in 2014 by then-coach Ephraim “Shakes” Mashaba in his successful 2015 Africa Cup of Nations qualifying campaign, and midfield schemer Mdantsane were the key attacking players in City reaching the MTN8 final.

Lakay scored an impressive equaliser in last Saturday’s extra-time draw against Mamelodi Sundowns in the final at Moses Mabhida Stadium, then saw his penalty saved as City went on to lose 3-2 in the shoot-out. He has scored three goals in seven league and cup matches in 2021-2022.

At 17, the then-Santos forward became the youngest Bafana player coming on as a substitute, in SA’s 2-0 Mandela Challenge win against Ivory Coast at Mbombela Stadium on November 30 2014.

Broos named a 24-man squad — one more than his 23 for last month’s back-to-back away and home qualifiers against Ethiopia — because Royal AM striker Victor Letsoalo is suspended for the game against Zimbabwe, but will be available for the away match in Ghana.

Bafana, who are top of Group G with 10 points against Ghana’s 9, stand an excellent chance of progressing to the final home-and-away playoff match to reach Qatar 2022. Ethiopia (three points) and Zimbabwe (one) are out of the running with two games left.

Broos’s youth policy, sidelining a number of big-name frontline players, has so far earned a remarkable series of results in the qualifiers.

Bafana started with a 0-0 away draw against Zimbabwe then beat Ghana 1-0 at home. They beat Ethiopia 3-1 away, returning home to again beat the Walia Ibex 1-0.